What is Awesome Screenshot?

Capture the whole page or any portion, annotate it with rectangles, circles, arrows, lines and text, one-click upload to share.

I've used Awesome Screenshot for years. I particularly liked that it would snap an entire website page beyond the visible screen (though some shots were spoiled by repeating bars and other plugin items). It just worked for me, even though it was a bit buggy.

Recently though, it's been flagged up as dangerous malware by MacBooster (a Mac maintenance app). From what I can make out, it's got some pretty intrusive code under the bonnet ...and also it's no longer supported.

I can't ignore that. So I've switched to using Droplr, but there are plenty of other options, such as Evernote clipper.

If you're not technically minded or you don't regularly monitor your computer for malware, be aware that this might not be your best choice.

I'm desperately looking for a way to take screenshot with a link (screenshotmachine.com is great for that) and then to annotate/edit it with simple tools (zoom, crop, circle)

I haven't found anything that's not in flash !

A way to integrate Awesome Screenshot would be just perfect for example !

I think Webpage Screenshot Capture is what you are looking for. You can use this app to grab an entire webpage with its link. And there is an Image Editor on the same site. It provides multiple editing options. It’s free online application. Give it a shot.

Reply written over 7 years ago

Said about Awesome Screenshot as an alternative

Awesome Screenshot doesn't force you sync with their company's server like Skitch. But their viewer and annotation tools could be better.
Positive comment • over 6 years ago • as an alternative to 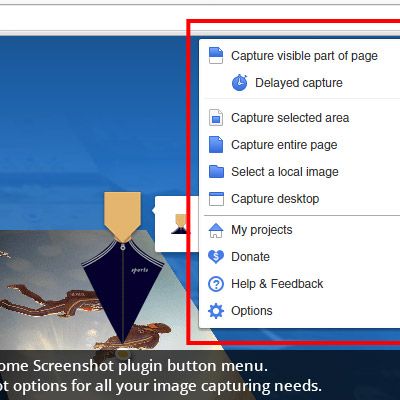 Our users have written 2 comments and reviews about Awesome Screenshot, and it has gotten 40 likes

View all
Awesome Screenshot was added to AlternativeTo by gentlesea on Jun 23, 2011 and this page was last updated Mar 26, 2021.