What is Nimbus Capture?

Capture or record any part of your screen. The editor will help you to annotate or blur sensitive info. Fast upload and share with the Short URL. Access screenshot and video recordings from iPhone, iPad or Web.

Nimbus Capture platform used by hundreds of thousands of people! It's a perfect solution for everybody: students, teachers, developers support, personal etc.

• Auto-copy to the clipboard. The quickest way to upload screenshots directly to Slack or Email. • Capture entire screen, part of the screen, or select custom size • Use magnifier for perfect screen grab • Customize hotkeys • Record screen and share your screencasts, video guides, lectures • Drag and Drop to quickly upload multiple files with one shared link 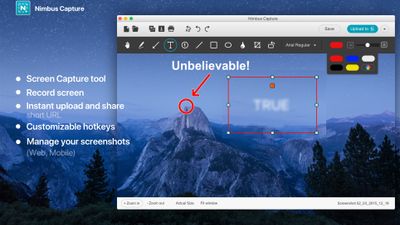 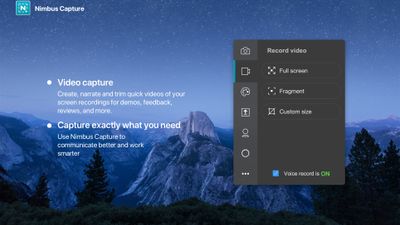 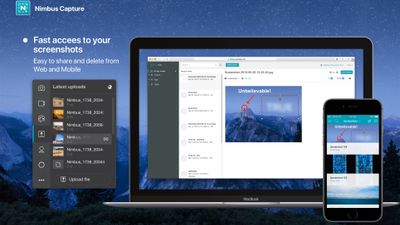 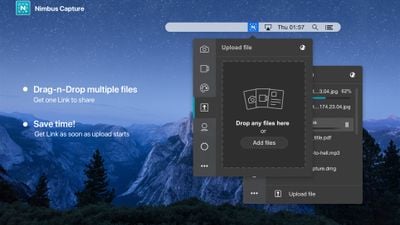 Our users have written 5 comments and reviews about Nimbus Capture, and it has gotten 33 likes

As title description above

Its kind of like shareX, but it supports video recording and webm format It has its own dedicated hosting platform so you don't bootleg off imgur

I have only tried it for like 10 minutes though, it seems like there's video previewing on the servers, but you cannot manage the URL links generated in your notetaking application which is kind of stupid

Its the same thing as evernote notes

Its worse than shareX because shareX gets the job done way faster, but its better that there's longer video uploads and can share it like youtube links and tag image links

Its better than snagit from techsmith

Also worse than shareX in the sense I cannot choose who my image / file host will be. I don't like being tied down to somebody else's server that I do not chose. I like being able to choose the fastest servers (images with imgur, amazonS3 for files) out there.

I might use it purely for making .webm format screencasts, youtube-ish style

I decided that I really don't like this software, despite all its pros. I have compared it to shareX and evernote since that its basically a hybrid clone of both.

WEB TECHNOLOGIES: It runs on a combination of Ruby, NodeJS, angularJS, with its website based in PHP

WHAT I WOULD USE IT FOR MAYBE:

I'll have to look into this over the span of a week to really see if I want to use this program or not.

I was very well impressed with this program for its well-structured and diverse options, but the program has been getting funky as of late.. The one-click became confusing in only offering share and it wasn't so one-click anymore. The scrolling capture is good if you want to choose particular areas.

The good • Lots of features • Easy to use

The bad • Potentially not secure. Because the code is not available publicly. So it can not be review by the public. In other words, there is a risk of abuse. Such as recording screenshots and videos of your private life without your consent. • It is own by a for-profit corporation called "Nimbus Web Inc". It is not owned by a not-for-profit community. Usually a corporation first priority is to hoard money. Not serve you and protect your privacy.

its like shareX with an image gallery to tag things with built in, but on chrome. Couldn't get audio mic recording to work though