Screenshot and screencast tool that allows for full-screen, window or region-based captures.
The built-in editor for screenshots supports cropping and resizing, arrows, text labels, numbering, a blur tool, and border effects.
Screenpresso integrates with several online services, such as twitter/twitpic, minus, gmail, flickr, facebook, etc. (some of them with branding in the free version).
A history window allows convenient access to recent captures, editing them, or uploading them to one of the configured online services.
The free version requires an active internet connection, and forces the user to always update to the latest available version.
Furthermore, screen-casts (videos) are limited to 15s recordings, and are additionally branded in the lower right corner.

The application collects anonymous usage statistics which can be disabled in the settings dialog.
Show full description ▾

I couldn't find this feature in any other program but this one in its category at the time of testing this app a few months back. Didn't find it on

This is especially useful for posting blog images on how-to-do XYZ tech tutorials, or writing an issue you have on stackoverflow and want to be clear which steps were taken

See this image here for reference: 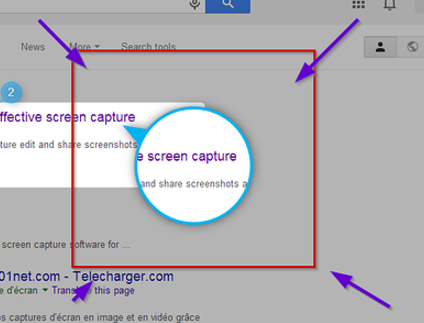 I have been using various screenshot apps over many years, and keep going from one to another as I find one feature I really like in one application, but then find later that it really isn't worth switching completely over for that one thing. I have to admit, the one I keep coming back to is Snagit 10 (so not the latest version). It has so many great features and includes an editor that I rarely hear people speak of. The editor alone is fantastic for editing images. I find that Snagit 10 offers a great balance between getting just the right amount of features without the bloat-ware it feels like today.

Recently, a friend suggested I try ScreenPresso. This is one of the few I hadn't tried, but thought, ah, why not... it'll be another adequate but ultimately disappointing ‘screenshotter.’ ScreenPresso is created by some very creative Parisians (you'll notice a few odd English translations, but nothing to be too disappointed about). They have managed to design a very impressive piece of software! I was absolutely amazed at the customization ability and the editing abilities of what you could do with a screenshot after it is taken. Very useful elements can be added to the image such as numbering, arrows, highlighting, and they all interact with each other as layered objects like a high-end image editor. They have a free version that is quite adequate for most people, and the pro/paid version is very slick for modern applications for screenshots. It was very reasonable in price if I recall correctly too. I noticed that they were constantly updating the software, keeping a blog of what they were doing and always adding improvements. The ONLY reason I haven't jumped ship from my older Snagit 10, was that it was ScreenPresso seemed to be missing some very simple (IMHO) things that Snagit just does beautifully. E.g. I love how Snagit crops images, without getting too finicky like many programs do, you can pull out the canvas and extend it or crop it back a bit the traditional way - very nice! I don't like having to drag out the crop tool to crop. I really like the way Snagit is able to be cropped in or out at any time.

Maybe I made too much of a lengthy comment as to why I was uninstalling it for now, and perhaps I scared them off thinking I was complaining about just too much (because I never heard back from them, even though they seemed eager to hear of ways they could improve their product). The truth was though, that I believe they have a product that is so close to a perfect screenshot program, that my lengthy list of minor quibbles probably lost any amount of sense or clout that they ignored me as a likely potential customer. Truth be told, if a bunch of little things were tweaked and fixed, I wouldn't take much to switch over. In fact, I would highly recommend you give these clever French developers a chance, and at the very least try their free program. It's great. You might just end up buying the full program. I think they have a fantastic piece of software on their hands that not enough people know about... so now you know! Give it a try, and spread the word. For me, Snagit's days are numbered... ScreenPresso is very likely the best screenshot application on the horizon.

Screenpresso is an excellent program because it covers all my needs :-) It’s easy to use, the interface is simple and clear and efficient. The annotations tools are good looking and you got an history of your captures. I would be happy to pay for it but I don’t need the pro features. If you are looking for a simple/efficient capture program, you should test it.

It does absolutly everything I need. I even bought it.
Use it for work, mostly for quick annotation (good quality) and gifs.

Great UI! Includes an awesome library view too. Much easier than greenshot in my opinion and has a portable application to boot as well!

Screenpresso was my favorite app of this kind, but lately it's becoming sluggish, and willing to earn money, with more and more dialogs each time.... really a shame, it was a great app, and there is no other in this category so good

The Screenpresso team keeps improving at a rapid pace. They are also very receptive to bug fixes and feature requests.

Windows: .NET framework 4 or above is required 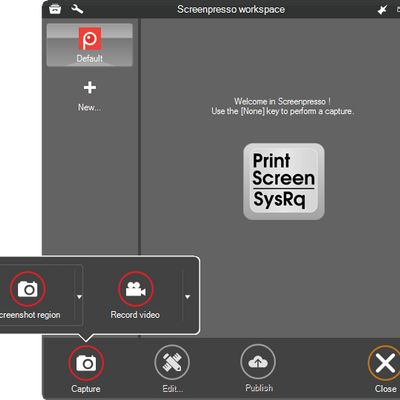 Our users have written 8 comments and reviews about Screenpresso, and it has gotten 50 likes

View all
Screenpresso was added to AlternativeTo by Elvar on Jan 12, 2010 and this page was last updated Apr 8, 2021.