Although the Windows operating system was updated significantly over the past years. However, the default Windows Notepad has not been updated in 20 years. If you need a text editor for simple programming tasks, using the vanilla Windows Notepad just does not cut it. Enter Notepad3!

Therefore, we created Notepad3 with all the features that the default Windows Notepad currently lacks. Notepad3 is a fast and light-weight Scintilla-based text editor with syntax highlighting. It has a small memory footprint, but is powerful enough to handle most programming jobs.

Previously we mentioned that Notepad3 can handle almost any programming job and we are not lying. Just take a look at the list of supported programming languages below and spot your favorite. 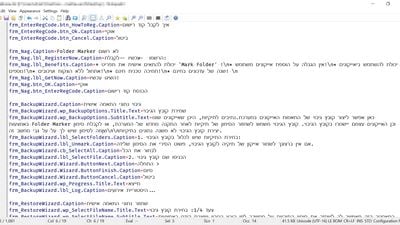 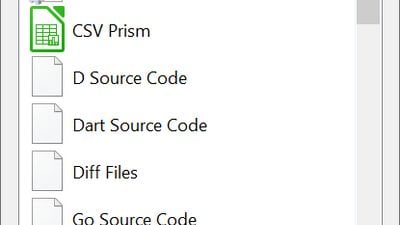 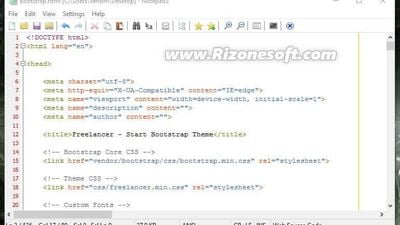 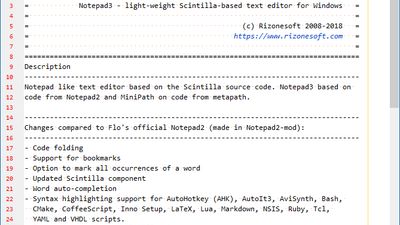 Our users have written 6 comments and reviews about Notepad3, and it has gotten 36 likes

Notepad3 was added to AlternativeTo by RemovedUser on and this page was last updated .

It's so fantastic, Fast & Fast

I used Notepad3 before without any problems. Now it shows Swedish chars with the wrong encoding. I have Googled and tried some solutions suggested but haven't had any luck. I'm now using Notepad++ instead.

I'm not a programmer and I don't need a huge number of functions in Notepad++, there are very complex settings and confusing plugins, but I need a simple and light editor. Notepad3 worked very well for me. I would like to have added tabs, otherwise perfect.

Based on Notepad2 and Contributors is also Florian Balmer

Wonderful little application, I thought it would be my next go-to application after Programmer's Notepad stopped being updated, but sadly Notepad3 doesn't have a tabbed interface, so each file opens in a new instance of the app, much like notepad. And despite having syntax highlighting and support for multiple programming languages, it isn't really designed to be used for development work. So as a replacement for notepad, it seems overkill to includes programming language support and syntax highlighting, which I don't believe majority of Windows users care about - for that, there's Notepad++.

Another annoyance, which I hope is something that will be fixed in future, is that the CPU usage hovers just above 0% at 0.05% on a low-end desktop/laptop cpu (like the first gen of i5/i7); I know it doesn't sound much, but with multiple instances and files open, it builds up.

Another issue is memory usage, so despite being very light, it appears it consumes more memory (working set) along with private working set, compared to Notepad++, particularly with an open file - this surprised me.

N.b. I'm not sure why Notepad3 is tagged as an "IDE" despite not having any integrated development features, such as version control, code compiling, command prompt, etc.