Joplin is a free, open source note taking and to-do application, which can handle a large number of notes organised into notebooks. The notes are searchable, can be copied, tagged and modified either from the applications directly or from your own text editor. The notes are in Markdown format.

Notes exported from Evernote via .enex files can be imported into Joplin, including the formatted content (which is converted to Markdown), resources (images, attachments, etc.) and complete metadata (geolocation, updated time, created time, etc.). Plain Markdown files can also be imported.

The notes can be synchronised with various cloud services including Nextcloud, Dropbox, OneDrive, WebDAV, their own service (paid) or the file system (for example with a network directory). When synchronising the notes, notebooks, tags and other metadata are saved to plain text files which can be easily inspected, backed up and moved around.

The application is available for Windows, Linux, macOS, Android and iOS. A Web Clipper, to save web pages and screenshots from your browser, is also available for Firefox and Chrome.

End-to-End EncryptionSupports E2E Encryption, for entire or parts of the app. 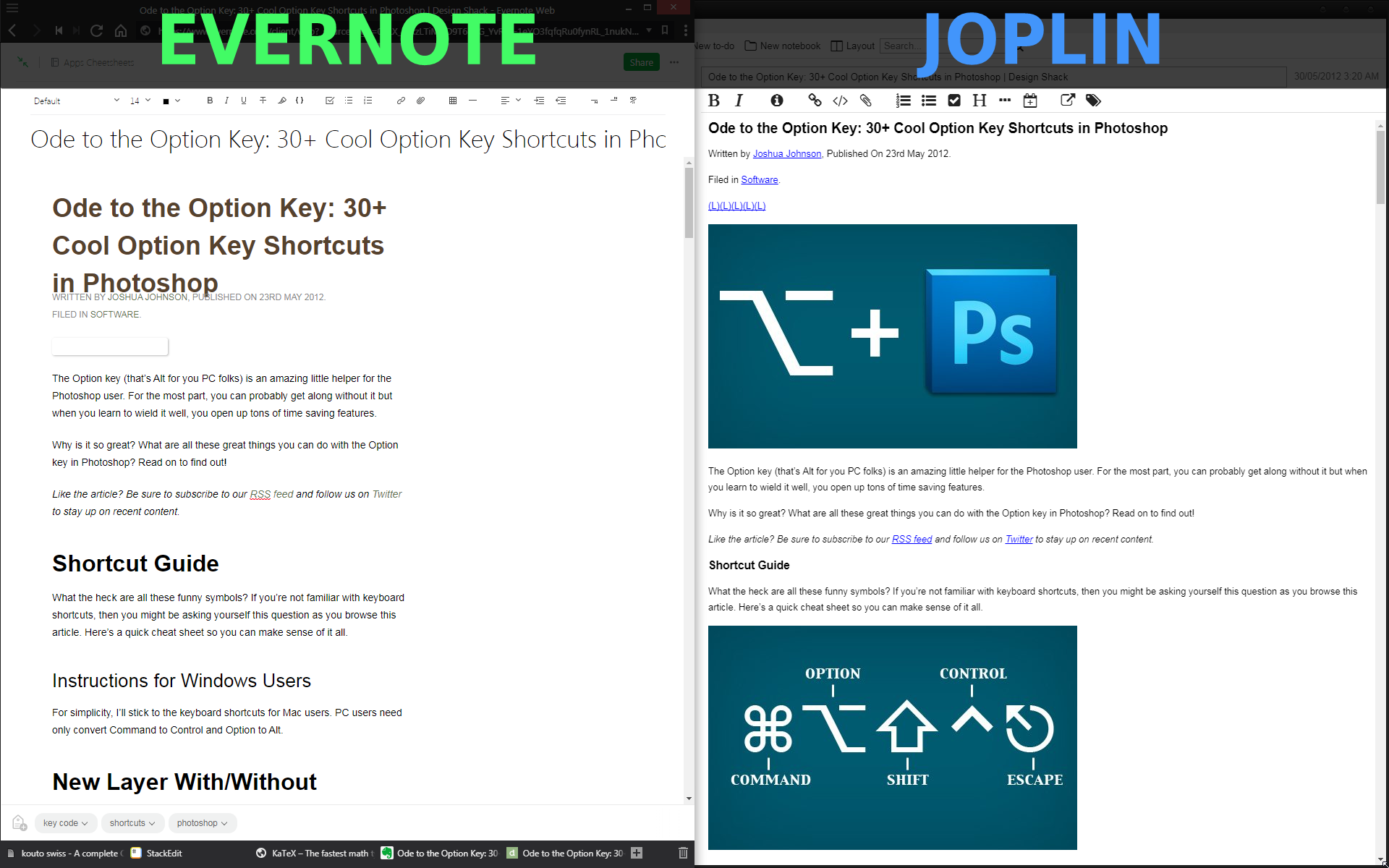 Simple comparison Evernote vs. Joplin. The same full-site copy created with Evernote's Web Clipper then imported to Joplin. Evernote can't even show it correct in its viewer.

As 100% paranoid I trust only things that stay with me, that's why I write notes and save part of webpages to local storage. A long ago I started to use Evernote, that time it was almost only solution for such kind of task. But Evernote is terrible, really. Well, if we write a note with Evernote WYSIWYG editor then no problem, but if you saved web-page or even its part then problems stars. Evernote is trying to keep original HTML/CSS formatting of page and adopt it for internal editor, but its viewer can't show it identically, moreover it doesn't allow edit raw code of saved elements. It feels like fight against MS Word. For the reason I have a lot of broken and unreadable notes in Evernote postponed to "someday-edit". But I will never fix them, it's impossible except rewriting everything with hands, but I don't want to do it with Evernote, who knows how it will be works tomorrow. :)

A time later I found another organizer Laverna, it allows to solve some problems of Evernote with text notes, and Markdown format guarantees that data could be saved even in worst situation. But Laverna has ton of critical bugs, it’s just dangerous to work with it because next release could brake everything. Here you can read why I hate it.

Finally, I found quite perspective Evernote alternative, at least for desktop, like Laverna with no critical bugs but much better. :) Joplin brings together better of two worlds: Markdown layout with inline HTML code. When features of Markdown not enough for well looking formatting just add HTML code, or even use TeX syntax. Joplin works with extra fast TeX math rendering engine KaTeX what allows to view notes containing hundreds of math notions and symbols just for a second.

UPD1: It's amazing, I found the aspect recently and suddenly for me. You also can use CSS styles to format Markdown! Therefore, you even doesn't need to keep HTML structure for things like "image wall"! See the screenshot below! 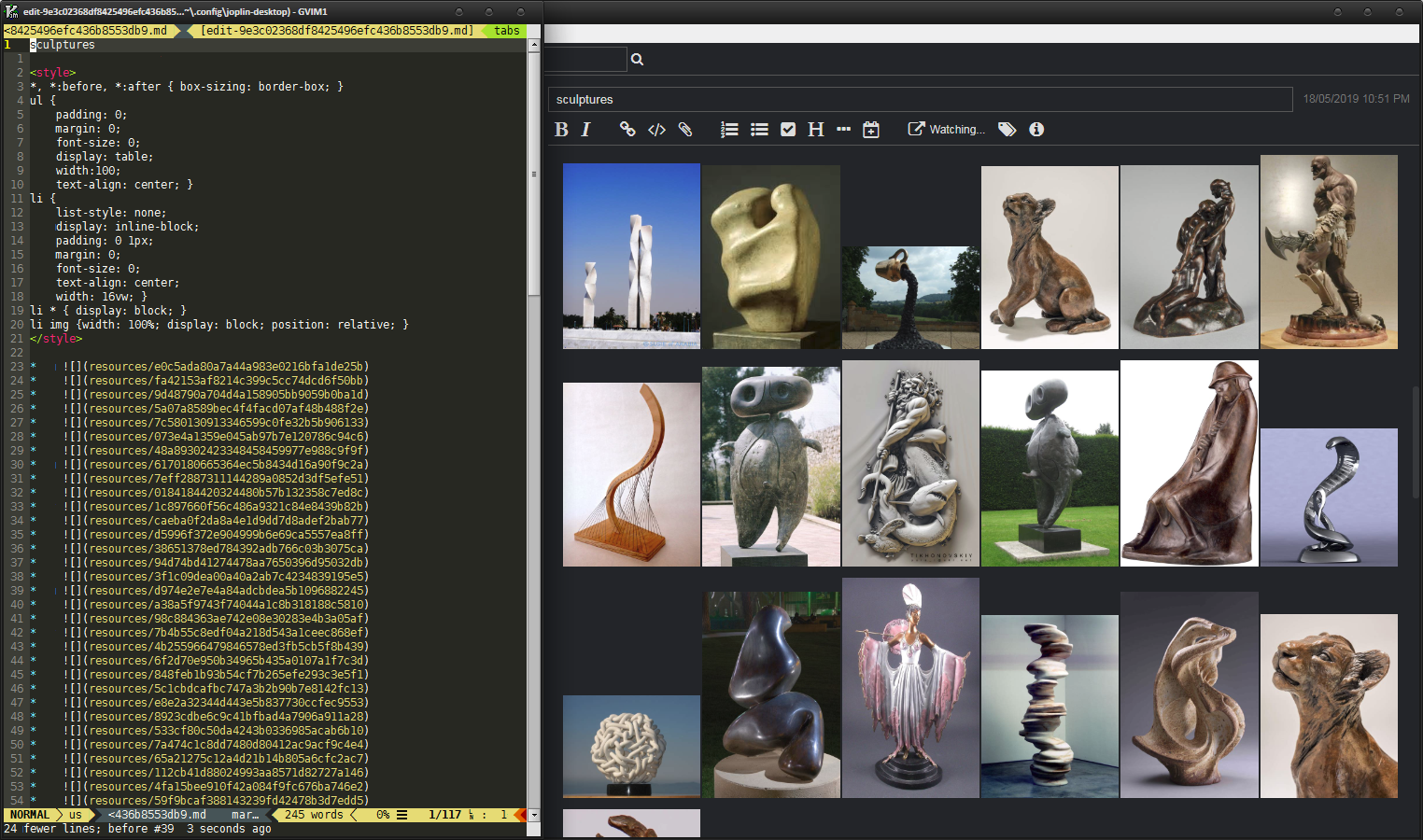 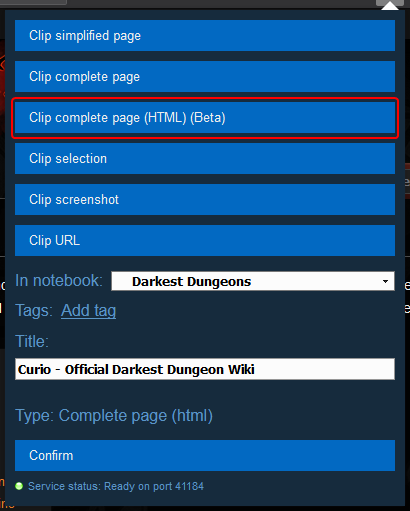 UPD3: Some major additions were made:

UPD4: A long-awaited feature is here now. When importing MD files create resources for local linked files! This largely closes the issue of processing attached images. Now you can finally export the note, make batch manipulations with the files, and then import it back. For such a fan of do copy-paste Images to Joplin like me, this is great news. 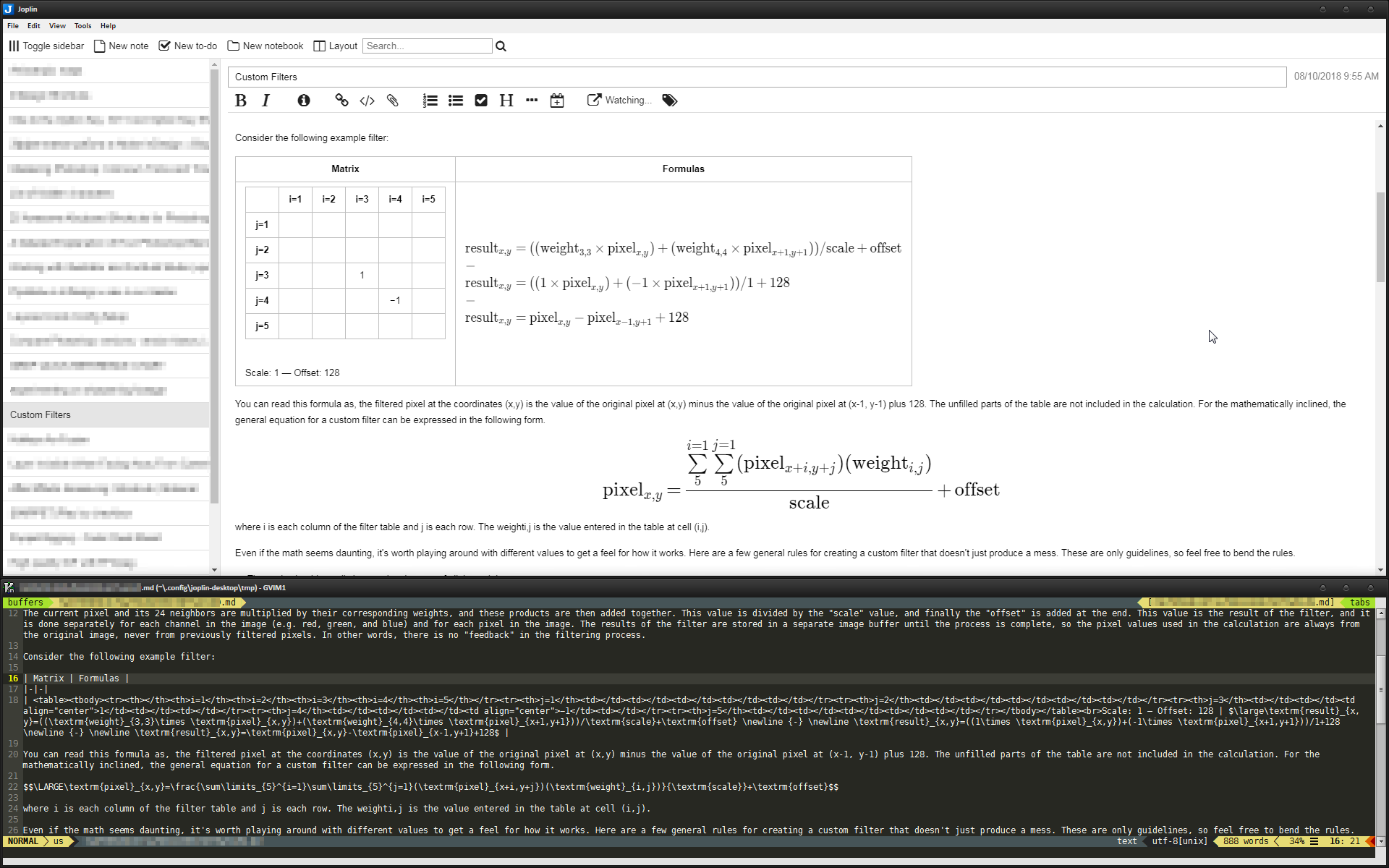 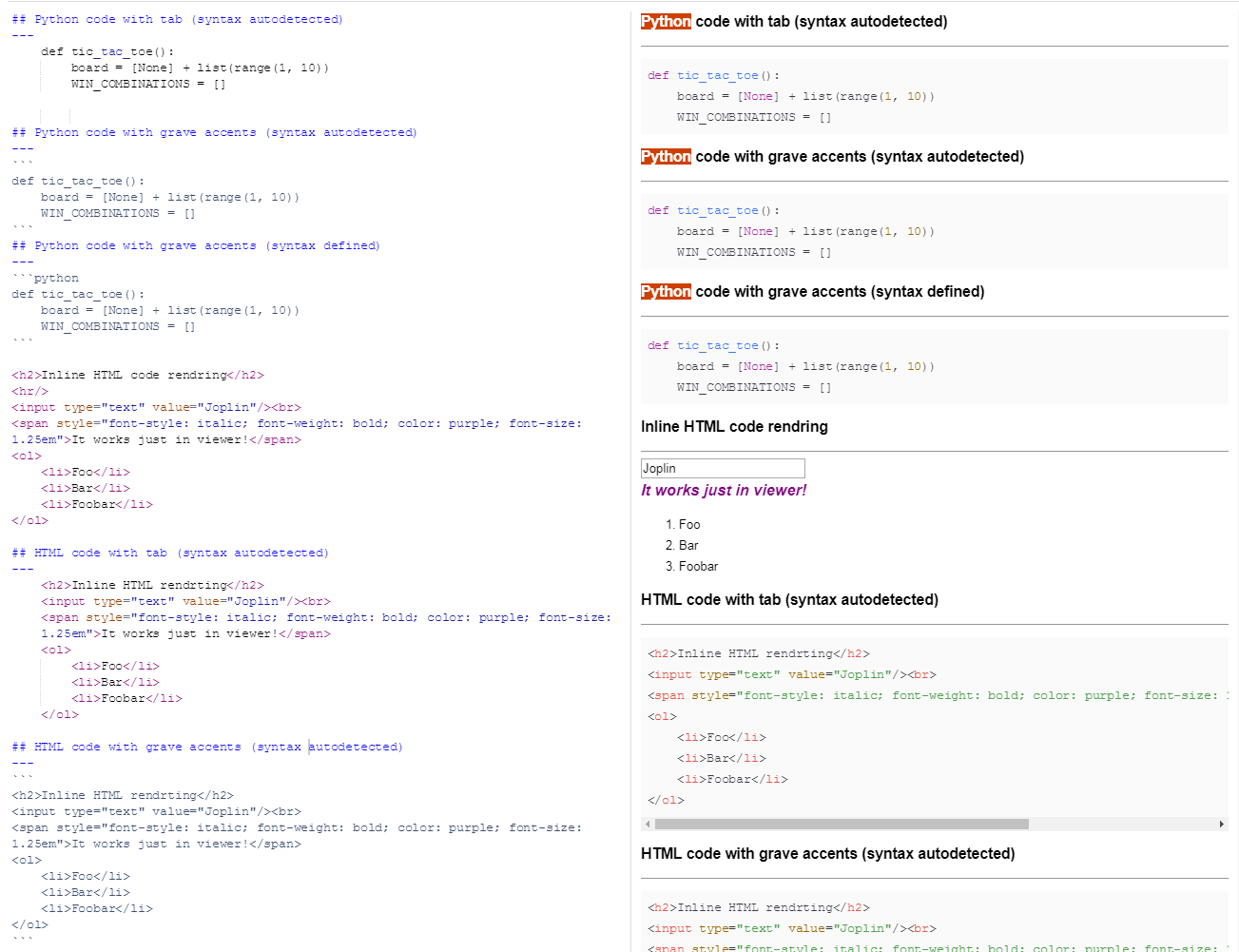 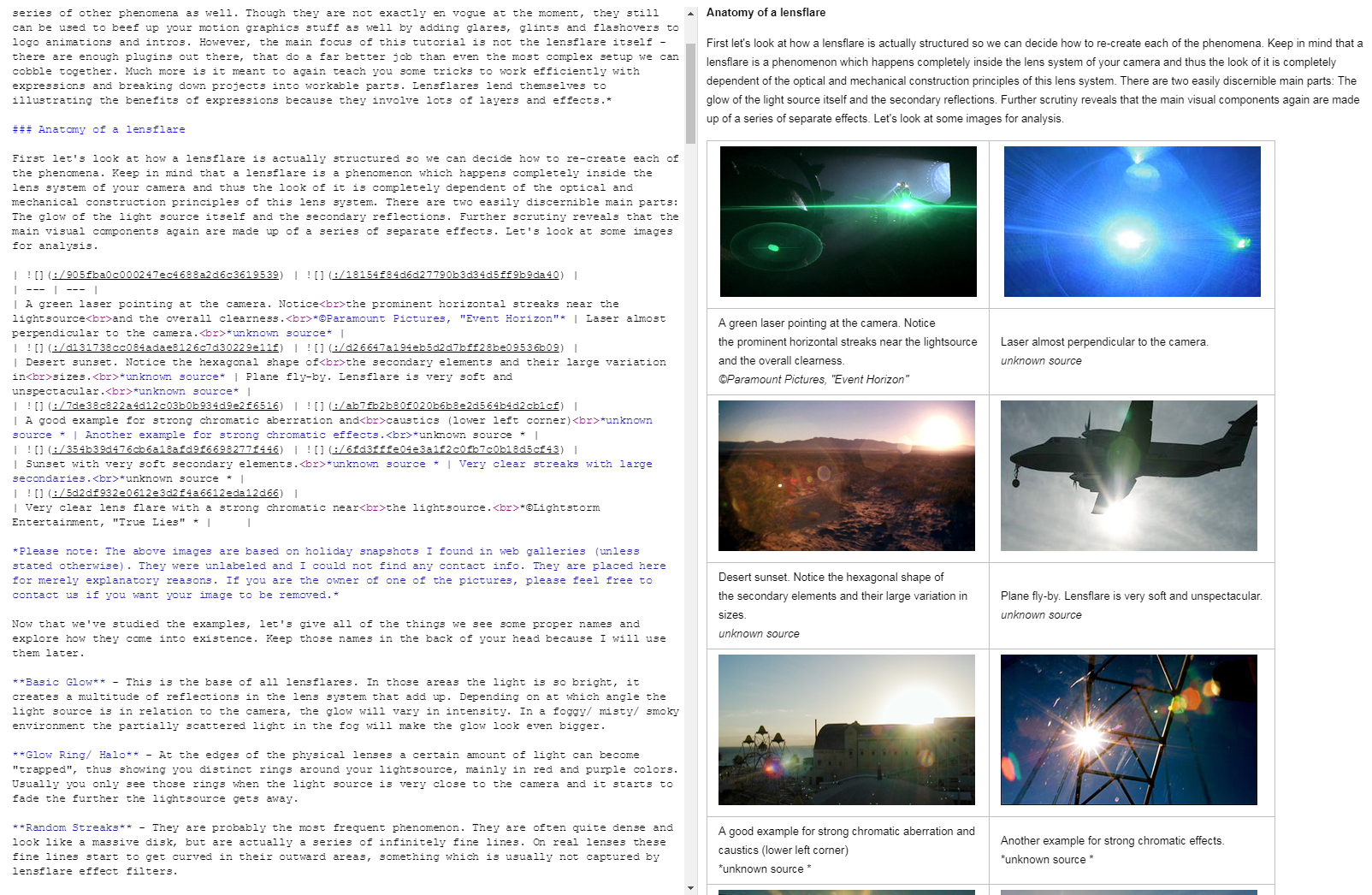 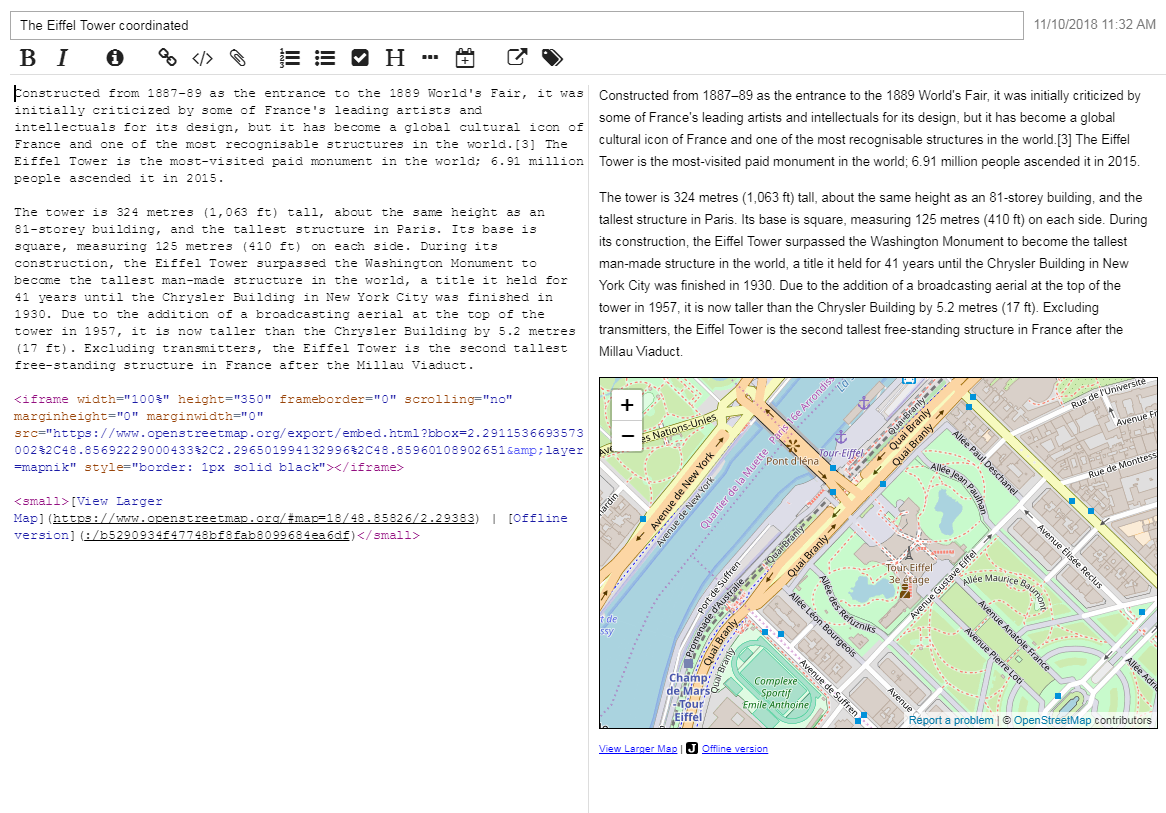 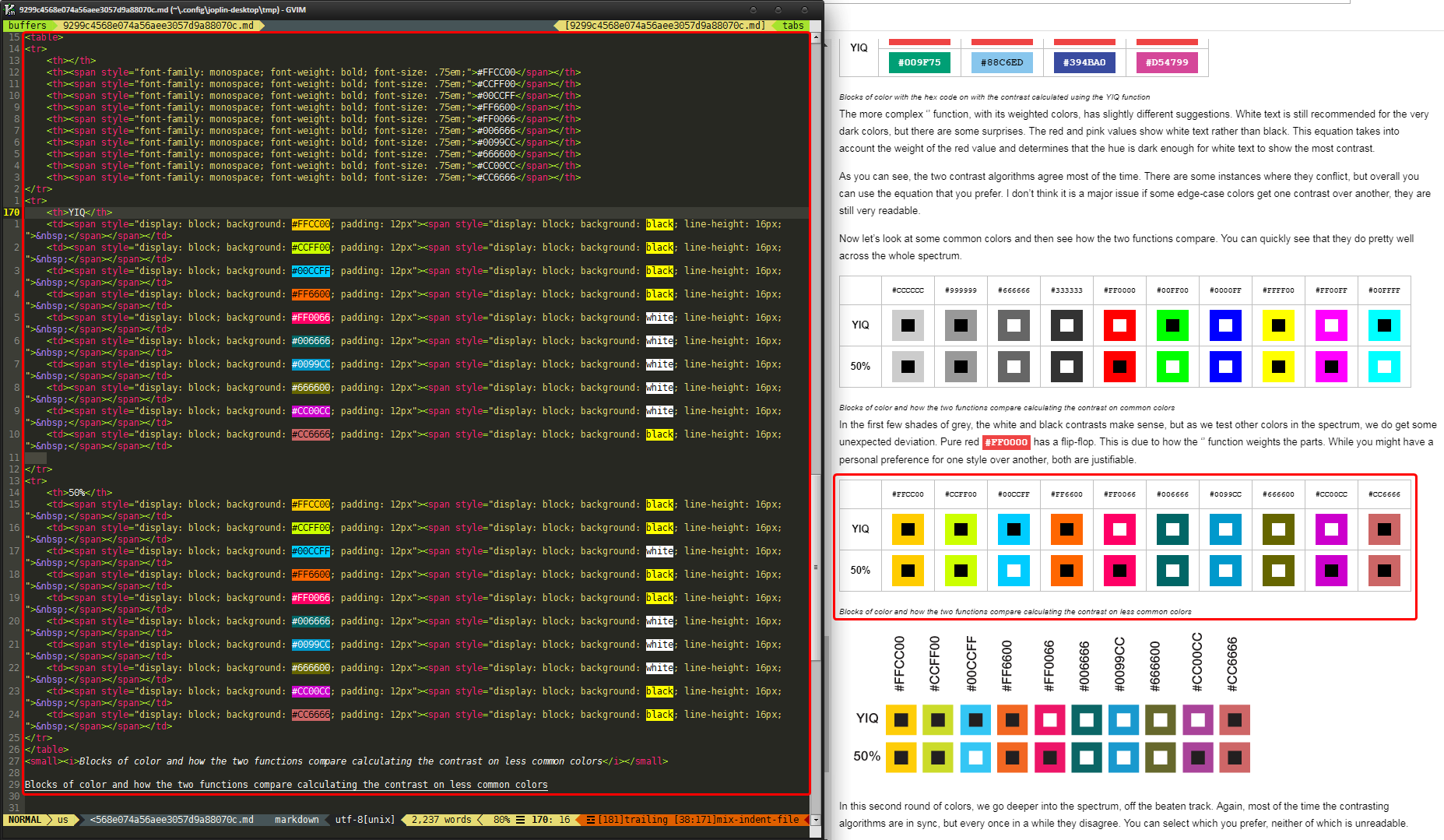 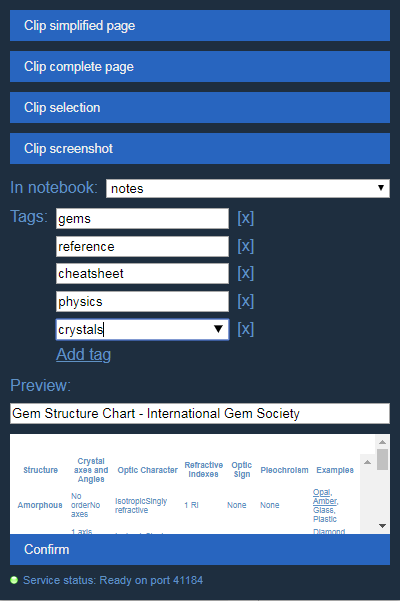 This is the best review I've ever seen outside of a full, published article. You're awesome.

Yourmother, thank you! I like to write about things I like, glad to see that it's helpful! Joplin is ultimate and only solution, I think.

This is an impressive review. Thanks a lot for giving such a detailed overview of the app!

UPD4: A long-awaited feature is here now. When importing MD files create resources for local linked files! This largely closes the issue of processing attached images. Now you can finally export the note, make batch manipulations with the files, and then import it back. For such a fan of do copy-paste Images to Joplin like me, this is great news.

This is an absolute gem. Replacing Evernote is a holy grail of privacy-oriented people who want to stay productive. Joplin does this better and more simply than any other program I've found to date. It's genuinely difficult to describe how relieved I am to have found it and given it a chance.

It's biggest advantages are:

Note that Joplin is new. Its stated intention is to replace Evernote. It's likely some of its shortcomings are going to be addressed in the future.

snakyjake4, no, only remote files are encrypted.

There are links between notes! https://github.com/laurent22/joplin/issues/1449

Not as easy or quick knowledge management tool or brainstorming app to use as CintaNotes.

There's encryption for syncing notes but not for local storage.

There's also no easy way to backup or restore data and there's no way to have multiple profiles, "files" or databases like with CintaNotes or CherryTree; or change users like in Standard Notes.

In Windows for instance you'd have to create whole new Windows User Accounts for each separate profile, database or user that you'd like to use Joplin with and log in and out of accounts to do this which needless to say is very impractical.

Besides those issues the software has lots of features and is a very good knowledge management tool but I wouldn’t use it for important stuff.

If someone else has admin access to your personal computer, I'd say you have a lot more problems than just whether Joplin encrypts files or not. If you're using a managed system from your employer or school, technically they own the machine and everything on it (in most jurisdictions), not you. You can created encrypted storage as a user that the admin cannot touch using something like TrueCrypt or numerous other in situ encryption packages that create virtual volumes in files. Why should Joplin re-invent the wheel? Local storage should be managed locally by the user.

I wouldn’t use it for important stuff.

If you let people login to your computer with admin access, you shouldn't use your whole computer for anything important actually. Even full disk encryption wouldn't save you here.

Joplin is very good. It is independent and not tied to certain companies, e.g. OneNote to Microsoft, or Google Keep to Google. So, we can effectively sync stuff using apps that's available on desktop and mobile. By the time I am writing this review, I am trying my best to move from Google Keep to Joplin because of Google Keep desktop app that didn't even exist.

Lightweight and idiot-proof, which is what I needed.

Great software, very similar to Evernote, except it is open source and more privacy-oriented.

It is also slower than ZIM Wiki (about the same as Evernote). 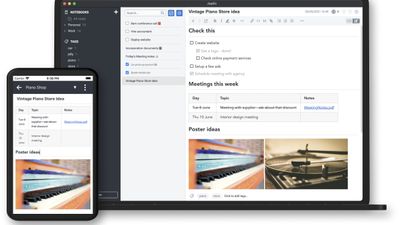 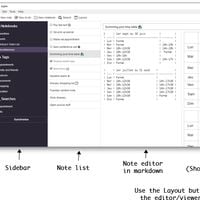 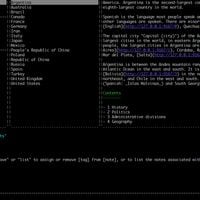 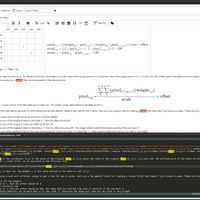 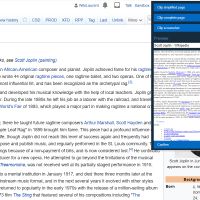 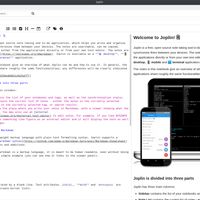 Our users have written 117 comments and reviews about Joplin, and it has gotten 570 likes

View all
Joplin was added to AlternativeTo by Hoek on and this page was last updated .