What is JRiver Media Center?

JRiver Media Center is a multimedia application that allows the user to play and organize various types of media on a computer. Media Center is a "jukebox"-style media player, like iTunes, which usually uses most of the screen to display a potentially very large library of files.

JRiver Media Center is more than a world class player.

The leader in audiophile quality sound.

The fastest and most most powerful media database available; an essential management tool for large collections.

An endless source of satisfaction for tweakers and developers.

Media Center plays more file formats than any other player.

With more cell phones, MP3 players, DLNA and other devices than any other player.

And it powers the Home Theater PC/Mac that will entertain your family. MC can even play audio and video in different zones.

And it can record TV in high definition, providing an alternative to cable TV. It has a Theater View interface, controllable by a Media Center Remote, an iPad, iPhone, Android, a Windows netbook or Touchscreen. MC is a DirectShow player, so it can play almost anything. DirectShow setup is automatic with JRiver's Red October.

Obsessive taggers will be delighted with cover art and metadata options. And MC backs up your work so you can sleep at night. 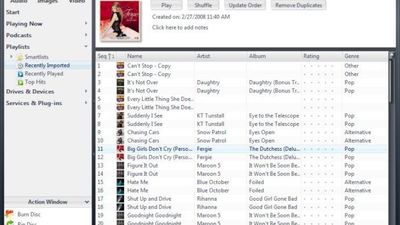 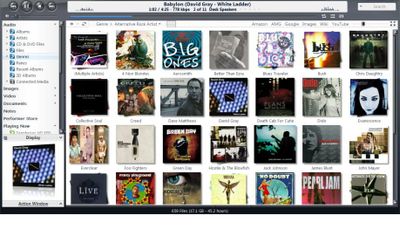 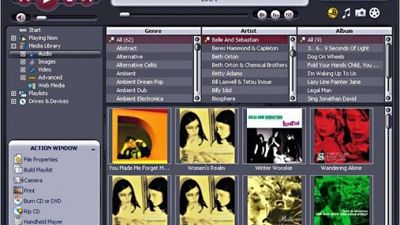 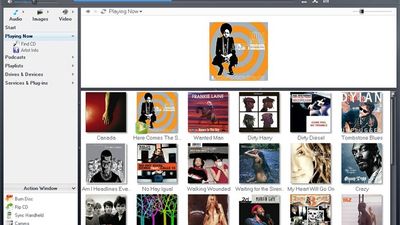 Our users have written 5 comments and reviews about JRiver Media Center, and it has gotten 38 likes

JRiver Media Center was added to AlternativeTo by zeroone on and this page was last updated .

full bdmv support including menu(need to see option), suggestion when playback not working(not always working), I like windows interface and not kodi like.

I’ve tested a bunch of players on Windows and JRiver Media Center is for me the best musical library management. Very intuitive to use, fast to open, quick filters, easy tags modifications. Ripping a CD or converting a file is easy. And automatic library update from the music directory.

But, for my ears, it’s not the best music player. So I use an external music player in combination with JRiver Media Center.

Another bad point?: you must pay for each new version. A little boring but I stayed more than 5 years with a version without any compatibility problem. And as they consider the program delivers the best sound, they don’t want to work on this part. So I don’t need to upgrade :-)

I cannot edit my old review so here is a new one. I discovered that date tags were not managed correctly when I rip a CP on JRiver. After some discussions on different forums, it appears that JRiver has some problems with tags and cannot be trusted. So I don’t use it anymore for Ripping or tag management.

Don't even waste your time trying this program. I tested it to see if it was any good and found it slow, antiquated and buggy. What's worse, the only support you can get, even for paying customers, is through a forum managed by the lunatic owner(JimH)of the company that develops this program. Avoid at all costs!

Well, you did not test the same program. I never met a bug and it’s fast.

Head and shoulders above the rest with a feature set and user community that meets the needs of the power hungry user.