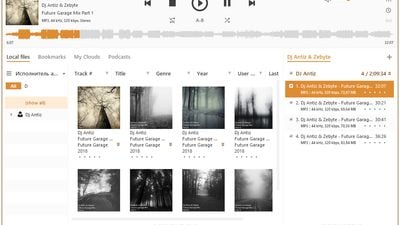 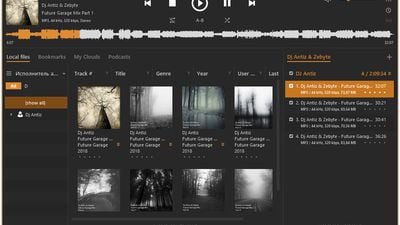 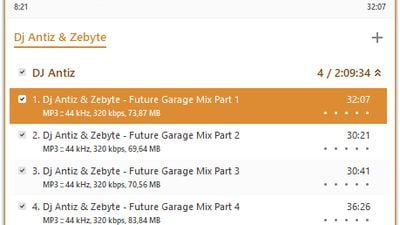 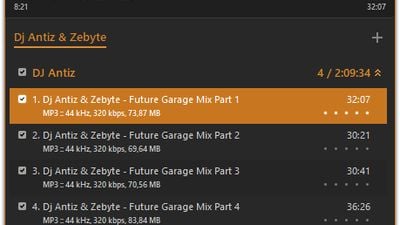 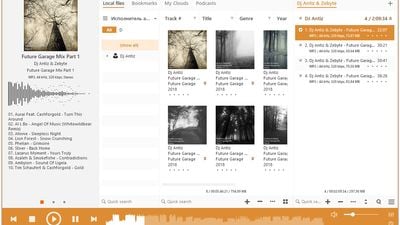 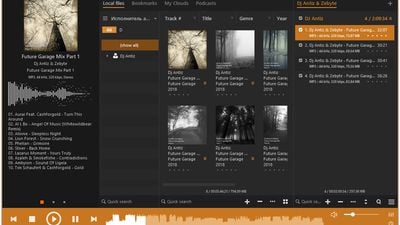 Our users have written 43 comments and reviews about AIMP, and it has gotten 753 likes

AIMP was added to AlternativeTo by Killy on and this page was last updated .

AIMP is without question the best audio player I've ever used. I had been a devout Winamp user for as long as I can remember, having tried and failed to migrate to different players at different times, including Quintessential Player, foobar2000 and Spider Player. No single player satisfied my needs so I had two or three players installed at once, with AIMP being the latest addition. Now only AIMP is installed on my machine, because AIMP covers absolutely everything and it does it better than anything I've tried previously.

I won't write about every single feature of the software but the following is relevant to the functionality I personally found to be the most worthy of note.

If you listen to audiobooks or podcasts and don't intend to listen to the entire thing in one sitting you can add a bookmark which, when activated later, will continue playing the track at the point where you left it. This - along with pretty much every other function of the player - can be assigned to a hotkey combination (global OR local). So, you can hit the hotkey combo you defined and then immediately move onto another track in your playlist, or switch to different playlist. Which brings me to the next point:

You can create numerous playlists and have them available on a tab bar, making the track lists contained therein one-click away. You can also configure the player to open a double-clicked audio file in a new tab/playlist, which is pretty handy when you just wanna listen to or check out a freshly downloaded audio file without having to mess around with your current playlist or create a new one manually.

One of the things which attracted to me to Spider Player was its in-line search bar, and when I discovered that AIMP had the same feature it was one more reason to ditch the former. The search bar lets you type the name of a song and it will immediately jump to it in the current playlist (it will begin to do so in real-time as you type). It includes an arrow icon which when clicked will jump to the next matching track if needed. Very handy feature.

AIMP supports pretty much any format you can imagine, it supports plugins and skinning, it has a full-featured library, it converts audio formats, it has a tag editor, it has a scheduler...I can't think of anything it doesn't have, in fact. The number of available plugins is pretty low and I'm guessing this is simply because there's little need to add anything to this already-robust software. Despite the vast plethora of support this player offers it's not "bloated". It's speedy, has a clean interface and is pretty friendly to system resources.

I don't know of a better alternative. AIMP rules!

I believe AIMP has the best playlist and music auto-organisation features (Windows). You can quite easy and in a fast manner organise your albums and tracks by simply choosing folders containing music: in-build system will do some magic and... here you are! All your tracks are listed and recognised (for e.g., FLAC, .cue, .m4p). A small but important notions: Privacy Policy is just great for an Proprietary App + community and developers who're interested in creating a nice music player.

The spiritual successor to Winamp, I use the auto close feature a lot

I love this player because of its modern interface and look. Apparently the developer saw how it would look stylish these days and it succeeded (especially the two skins).

AIMP is a wonderful bit of kit but, in my experience, it's not without its faults. On the positive side it allows you to display your music library almost any way you want. There are hundreds of skins available so you can customise things even further if you so wish. There is no doubt that the range of functions and customisations should satisfy virtually everyone. In terms of sound output it is excellent - I cannot find anything to fault. However, on the negative side a couple of things bring my rating down to only 4 stars. Firstly, I find it to be really quite resource heavy; far more than any of the other players I use - MusicBee, Foobar2000 and XM Play. This results in a slow response to certain tasks notably refreshing tags for specified files. Also, when I first installed and used AIMP it displayed my library based upon track dates and not album release dates. This meant a huge number of my albums, particularly compilations, were split up into individual albums. Try as I might I could not find a simple way to correct this and so ended up doing a whole host of tag editing which is tedious at the best of times. Now that everything is in order AIMP works well apart from being a little slow but that will have a lot to do with my PC's specification, I am sure. Overall, it is impressive, it sounds and looks great and should provide more than enough functionality for most potential users.

it can do almost all audio thing i need

Without Microsoft, Google, Facebook, Apple & the rest Big Tech •  Open/Free soft must have •  The Windows setup for everyone (with free software only) •  Windows