FreeOCR is a scan & OCR program including the

Tesseract free ocr engine, also known as a Tesseract GUI. It includes a Windows installer, and it is very simple to use. FreeOCR supports multi-page TIFFs, fax documents as well as most image types including compressed TIFFs, which the Tesseract engine on its own cannot read. It can handle PDF formats and is also compatible with TWAIN scanners.

The Tesseract free OCR engine is an open source product released by Google. It was developed at Hewlett Packard Laboratories between 1985 and 1995. In 1995 it was one of the top 3 performers at the OCR accuracy contest organized by University of Nevada. 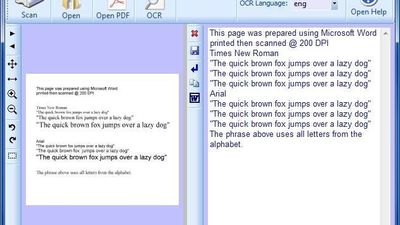 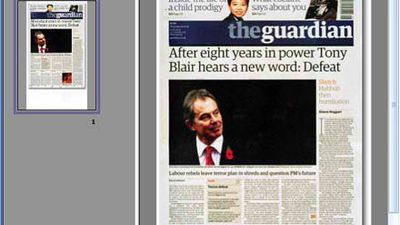 Our users have written 4 comments and reviews about FreeOCR, and it has gotten 29 likes

FreeOCR was added to AlternativeTo by Aerialsky on and this page was last updated .

It's a very good OCR application. Not as good and practical to use as ABBYY Screenshot Reader, but FreeOCR is FREE.

I like its features that you can directly scan from a wireless printer, saves the same having to scan it and then add then import the file to the OCR program, but I just tried to read a simple table and the results were very weird. (Used v5.4).

Is FreeOCR compatible with Windows 7 64bit? Does it only work in bit32 environment? To work it 64bit, what to do?

This feature is listed in the future features section. Also: latest release is 2015.