WinMerge 2011 series is a fork of the original

WinMerge 2011 includes approximately the features from WinMerge mainstream trunk. A significant exception are plugins, which were ruled out due to unfortunate design flaws, but added support for scriptlet based file transforms compensates well for that. 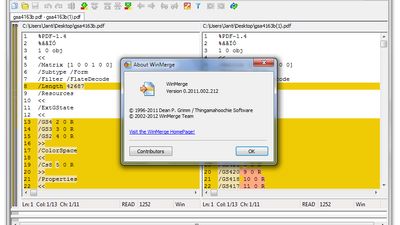 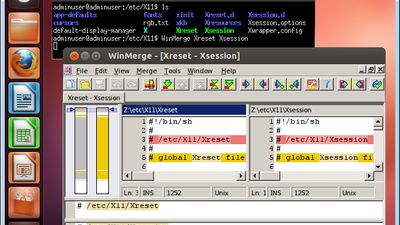 Our users have written 4 comments and reviews about WinMerge 2011, and it has gotten 30 likes

WinMerge 2011 was added to AlternativeTo by QuadCube on and this page was last updated . WinMerge 2011 is sometimes referred to as WinMerge, WinMerge2011.

WinMerge 2011 is a very good tool for finding differences between files and directories. It also have a merge function.

Not sure why this tool is marked as working on Linux. The Downloads page only has Wine installers - https://bitbucket.org/jtuc/winmerge2011/downloads/

If you're looking for a Windows tool to run on Linux, then

Compare It! is by far more reliable and faster than BeyondCompare, Meld, Kdiff3, SmartSynchronize

Compare It was last updated in 2010, 8 yrs ago.
Website has various copyright dates varying between 2009 and 2010, and releases list is not dated nor are any of the releases.
Granted the low "likes" for Compare It might because it is commercial only ... I didn't get as far as testing.
My needs are for Windows