Music can be browsed by artist, album, genre, playlist, or record label, as well as by direct searches. On computers, a link allows the listener to purchase selected material via partner retailers.

Spotify music streaming is available on all mobile devices and on desktop computers for unlimited durations. Features like offline listening and ad-free playback are only available for Premium subscribers of the service.

⚫︎ Ad-freeSpotify doesn't contain any form of external advertising.
⚫︎ Personalized RecommendationsSpotify can recommend content you like, whether it's something you already know or not.
⚫︎ Dark ModeSpotify supports dark mode for comfortable usage in low light conditions.
⚫︎ Works OfflineSpotify can be used without the need to connect to the internet.
⚫︎ Collaborative PlaylistsMake any playlist collaborative to let your friends add, remove, and reorder videos and tracks.
⚫︎ PortableSpotify can be used from a USB stick or similar with no prior installation.

I don't trust one service to handle my music library (e.g. grooveshark), so i recommend exporting out your spotify playlists

this way you have a backup of your spotify playlists / songs

THE GOOD / Spotify wears a fresh, clean design and goes beyond streaming music with videos, podcasts and extra features. It's massive collection of community-driven playlists mean you can find great music for any mood, activity or holiday. The free, ad-supported version offers a good introduction to the service with no time limit.

THE BAD / Combining your own music files with Spotify's catalog is a complicated endeavour. There are no live radio stations, and without a Premium account, you cannot listen offline or pick any song you want to hear. It's family plan can be more expensive than Apple Music's.

THE BOTTOM LINE / Despite increasing competition, Spotify is still the top of the pack for streaming music.

This is an updated review to trump my previous one.

After having been a Spotify member for 4+ years, I finally cancelled my account in frustration.

To anyone considering it as their next music streaming service, consider this: while the offer may look decent on the surface, and everything they promise is technically there, the low quality of their software and their absolutely abysmal customer support will ensure that you'll get more frustration than anything else.

What Spotify seem to have been most active doing over the past three years is remove popular features from their clients. Here is just a small, partial list that I compiled, only the features that I personally used a lot as they disappeared at the rate of about one a month:

And that is not even mentioning all the other issues and bugs the clients have. Things that would seem acceptable temporarily for a product that is officially in a beta stage, but somehow remain unfixed in Spotify for years. For example, sharing tracks with members that didn't link their account with Facebook was broken for as long as I was a member (before sharing was removed altogether, of course). The web player still can't handle playlist folders like every other client, which means that it can become unusably slow, and the mobile clients still don't allow you to reorder tracks on playlists. It's completely ridiculous that Spotify don't even manage to keep their clients synchronised in which features they support.

Spotify is also infamous for blatantly ignoring any customer opinions, and happily moving in the opposite direction. Their community forums are a farce, many of the most popular community ideas, pleas and suggestions don't even warrant an official acknowledgement.

I accepted all of that, for the benefit of still having access to the actual streaming library in a somewhat usable way, for many years. What finally did it for me is that instead of just ignoring customers on their forums, they turned to actively fight back against volunteer community support. Some of the features that have been removed from the clients can be worked around, or restored relatively easily if so desired. I made the effort of writing down a few of those recipes and sharing it with other members. The official "thanks" I got from Spotify, for trying to fix some parts of their broken product, and doing the customer support work that they should be doing, was that they started deleting my posts. I couldn't think of any appropriate response to that apart from no longer giving them any of my money. I cancelled my account right after.

I implore you, don't give these people any money. Even if you somehow, barely, could make the service work for you, a company that treats its paying customers this shabbily should simply be left to die.

Best music streaming service out there. Easy to use, fast applications and a million of songs to choose from.

Spotify has such a large library of music all at your fingertips!

I find the design of the app very pleasant and it is easy to use. The suggestions for expanding my playlists I find to a large extent good. I would find it nice if live radio stations were integrated, that's kind of missing. 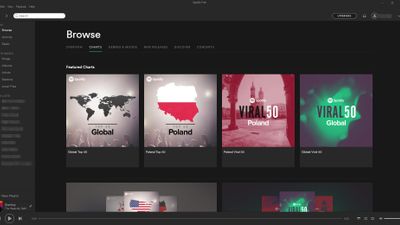 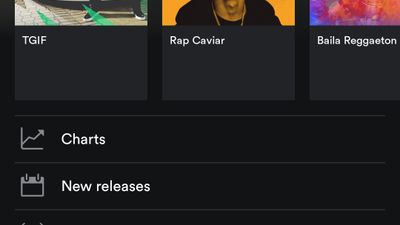 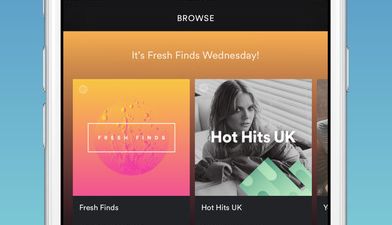 Our users have written 93 comments and reviews about Spotify, and it has gotten 1992 likes

View all
Spotify was added to AlternativeTo by Stuck on and this page was last updated .