Track your computer usage and use collected data to accurately tag time. Auto tracking of computer usage (8 languages), during a day average user can switch back and forth between applications more than a 1000 times, which means ManicTime gathers a lot of data. Local storage, powerful statistics: see which applications you use the most or on which web sites you spend the most time. Also easily figure out how much time you spent working on projects to accurately bill your clients or just keep track of your work. 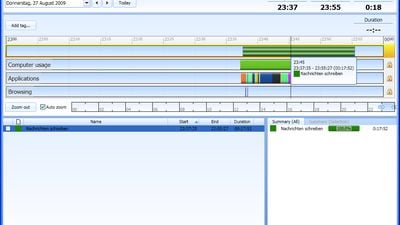 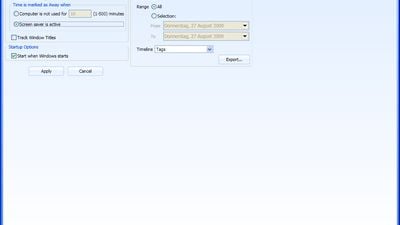 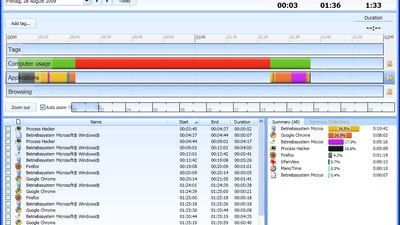 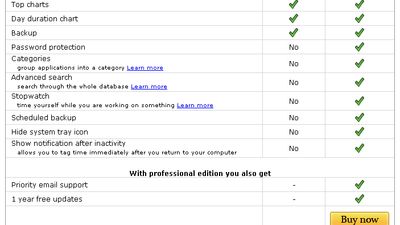 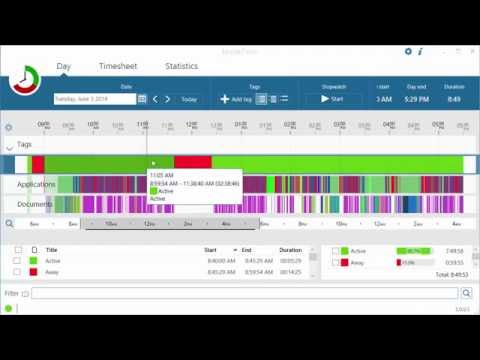 Our users have written 13 comments and reviews about ManicTime, and it has gotten 156 likes

ManicTime was added to AlternativeTo by wangych on and this page was last updated .

Perhaps not the most beautiful program but I always end up coming back to it since it does the job and the interface is actually quite clever. Competing solutions almost always have way too many bells and whistles, especially all kinds of crap involving bigger teams, etc.

Big fan. I use it in my workplace. I haven't found a better activity tracker.

This program has a very nice price, and you get what you pay for. Its quality is absolutely dismal.

I checked the trial version before purchasing it, and I got a very misleading positive impression. The interface seems nice and intuitive, and there are many features intended to keep track of your time usage in different ways. However, the trial version only provides basic functionality. In order to track your time efficiently you need to automate repetitive tasks, and the automation features (like automatic tagging) are only available in the full version. When you purchase the full featured version and start using the automation features ManicTime drops its beautiful princess mask and reveals itself as the ugly nine headed monster it really is.

The documentation is absolutely chaotic. Most of it is obsolete, doesn’t make sense or both things at the same time. It looks like it was written by the same Slovenian guys who created the program. Their grasp of English is very basic, their writing has the quality and the huge amount of mistakes you’d expect from a lazy high school student of English as a second language (which is probably what the writer was at the peak of his writing abilities). That’s not the only problem, though, I suspect the writer can’t write properly in his own language either. Even if you manage to deal with all the grammar and spelling weirdness, you get a text that doesn’t even tell you how to use the program, but rather mentions in very confusing terms some of its features, which seem to be randomly selected.

The program is full of bugs. They create versions intended to fix those bugs and add new features regularly, but, after almost a year of use, my experience is that every new version introduces more bugs than it fixes. And it takes them months to fix just the most obvious and annoying bugs. Some examples: • Some reports report nothing at all, like the usage details in the timesheet. • About six months ago they introduced a screenshots feature. The idea is good, but the feature is full of bugs, from errors in the display to straight away crashes. Last month they released a fix for this. The result is that now the screenshots screen just doesn’t display any screenshots at all. • There is a feature to remind you to log your time when you’re away from your computer for a while. Again, great feature… if it worked. Half of the time, the reminder to log your away time just pops up randomly, regardless of whether you’ve been away from the computer or not.

The list goes on, but you get the picture. The bottom line: A program that is intended to improve your productivity, but will actually decrease it.

I can't share that sentiment, I've been using ManicTime for around three years now and I'm very happy with it. I don't think I've ever had it crash on me in all that time. I don't use the report feature, but I do use screenshots and it's been very stable and reliable for me. I never ran into any of those bugs they mention have been fixes, so I assume they didn't occur for everyone.

While I do have a Pro license, I only very rarely use the automation features. And even with that, I disagree that it decreases productivity. It takes me about 3 minutes to tag a regular work day after the fact, without any use of auto-tags. Simply by hovering over the recorded applications, documents, and screenshots, manually dragging in work blocks, and tagging them. Then, I select the Tags timeline and get a neat list of how much time I spent on which project that day, which I then transfer into my company's time reporting tool. I haven't found another solution that is quicker and less hassle then using ManicTime for this. With the exception of doing my time reporting every day immediately (which experience shows I'm rarely able to do), ManicTime has reduced my average time of reporting a week's work from up to two hours, to around 20 minutes.

Tagging away time is the main feature I think it's worth getting the Pro edition for. I think it's happened to me occasionally that the dialogue popped up when it shouldn't – never when I was actively working, but when I was just not touching the computer for clearly less than the 10-minute time out it's set up to. I consider that a very minor bug, though. I just click Cancel, and it's fine. The dialogue never failed to show up when it was supposed to, which is more crucial.

I didn't consider the documentation to be poor, either. I only open it rarely, for very specific features, since most of the application is pretty self-explanatory. But I tend to find the explanations very understandable and to-the-point. Since it's all based on UserVoice, it's more of an FAQ than a real manual, but it always did the job for me.

Perfectly fluent and enjoyable for windows and free version is completely enough and fast for typical report of used window names over multiple months.

Counterintuitive, poor interface, hard to use. Navigation is not good.

No browser plugins for windows needed. Quite intuitive.

loved this software , It has all needed features for students and freelancers ( time tracking , pomodoro ... ) really great software