LMMS is a free cross-platform alternative to commercial programs like

FL Studio , which allow you to produce music with your computer. This includes the creation of melodies and beats, the synthesis and mixing of sounds, and arranging of samples. You can have fun with your MIDI-keyboard and much more; all in a user-friendly and modern interface.

LMMS is listed in

LMMS is also a platform with 0 apps listed on AlternativeTo. Browse all 0 apps for LMMS. 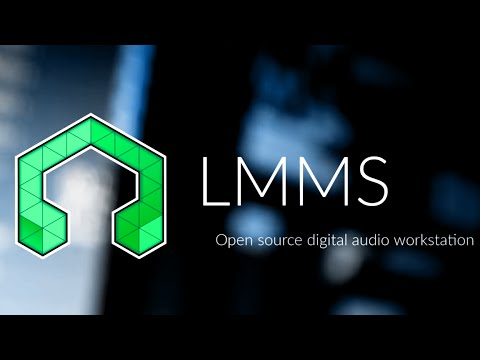 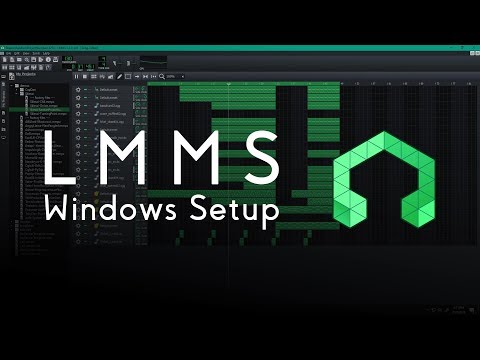 Make this page better by adding screenshots to LMMS.

LMMS (sometimes referred to as Linux MultiMedia Studio) was added by kn in Apr 2009 and the lastest update was made in Feb 2020. There is a history of all activites on LMMS in our Activity Log. It's possible to update the information on LMMS or report it as discontinued, duplicated or spam.

If you're talented, you can use this program as well as non-free FL Studio. LMMS is actively developing. F. E. in last few months, they added three new instruments. The are some things that fl Studio...

Doesn't allow to export MIDI, they are crazy

If you're talented, you can use this program as well as non-free FL Studio. LMMS is actively developing. F. E. in last few months, they added three new instruments. The are some things that fl Studio does better, on the other hand, lmms is also better than fl Studio in few moments. You have a possibility of using it for all (99,9 %) electronic genres, And there is awesome library of instrument presets. Built-in samples are not enough good ??. As in FL Studio, you should watch tutorials, to understand how are the things working.

P.S. The best instrument is ZynAddSubFX, but it's hard to tweak it the way you want (cause of many ways to do it). You should look into presets, and watch tutorials!

P.P.S. Sorry for that English..

If you can't afford a commercial DAW, Go for it. I've been using LMMS for a few years. It was less featured than FL Studio back in the time and is probably almost always like that. This said stop justifying your piracy with I have no cash to pay for FL Studio. LMMS is maybe a bit poor compared to his big brother but very capable. Just listen the demos from Skiessi for instance.
https://youtu.be/PGsxyb_FtKY - Skiessi C64
https://youtu.be/Sby40N98wHs - Skiessi Random Project 14253
https://youtu.be/pOypAjeH2EQ - Skiessi Onion

Plus even now I regret a few instruments from LMMS I can't happen to get in FL Studio. FL used to have TS-404 and is gone. LMMS has this SID simulator which is definitely cool. Guys LMMS is a great DAW if you can't pay for a commercial one.

This is a great program for sequencing of preset or sampled data, and fully VSTi-compliant.

Doesn't allow to export MIDI, they are crazy

Try the Release candidate versions of LMMS. They have the ability to import and Export to and from MIDI.

Like the last comment said, it is rather confusing sometimes, but you can get used to that and instead find it useful. This is very similar FL Studio but for Linux, but the VSTi support is not very great. You can not expect windows applications (like vsti) to work very well under linux and wine. On the other hand, you can make great music with this program using just soundfonts and ladspa plugins.

A great free open source project. The interface has come a long way and I really enjoy it now. It's nice to use a recording platform that doesn't tie you to a specific computer operating system.

In comparison to people who make music for a living and post their music to their favorite platforms, I'm very inexperienced with music creation. Think of someone relying on MIDI soundfonts to supply the instruments that go into their music production. I am one of those people! Although I do mess around with Figure a lot (an app for iOS; I wrote a review for that app, too), it doesn't really compare to a full-on DAW like LMMS or FL Studio is. So, LMMS was my first foray into the world of desktop music making.

So far, LMMS has been a decent introduction to the usage of DAWs. I think it could use some improvements, though. I had to rely a lot on video tutorials by other people to learn how to use some functions. However, they showed me that LMMS is a sufficiently capable DAW for serious music making. There's plenty of things to mess around with. Of course, I don't know how many features other alternatives might have, but LMMS has enough for me.

I know very little about VSTs or plugins or whatever you call them. From poking around a bit, however, it seems LMMS can support them just as well as other DAWs...I think.

A big problem I run into, however, is that LMMS is sort of unstable. I hear people complain of its poor performance on Windows. Even on Linux Mint, LMMS still sometimes crashes randomly. This happens most often in v1.1.3. I tried v1.2.0 AppImage, and the stability was better, but crashed when I tried to open the FX tab for instruments (I still can't figure out how to fix that).

Despite these drawbacks, I think, in most circumstances, you get what you pay for. I'm sure the commercial alternatives are more polished than LMMS is, but if you're a cheapstake like me and don't want to spend debt notes on the likes of FL Studio or Ableton, LMMS should be considered.

Really good piece of software, although there is a learning curve. I just wish that there was an interface change. If you have doubts about it, look up LMMS songs on YouTube.

This is a good program, but I find Ardour and other programs to be better. If you have enough samples this can be a great program, it has some nice features, but it just is not the greatest of interfaces, and can get confusing at times, but once you get used to it, its easy. I do like how I can make patterns with this, I like its pattern thing, better than most programs though.

Windows installers of this software silently install unidentified software called "babylon" with out option to disable the install in any manner.
Message boards indicate this is a toolbar malware.

Why don't you just get the mac beta test version of lmms?

A good tool but the software is dead

This is what i first decided to use to make a monstercat remix but than i discovered that you can't change the pitch without changing the speed. In my opinion I think that this is very difficult to use especially for beginners. There has not been an updated version come out since 2015 (review written in 2017). I have not tried many other free music production software but this compared to even the free FL demo is still behind. I give it a meh.Still a lot of work can be done to this like better features and crash less often, especially on mac.