What is Little Snitch?

A firewall protects your computer against unwanted guests from the Internet. But who protects your private data from being sent out? Little Snitch does!

As soon as you’re connected to the Internet, applications can potentially send whatever information they want to wherever they want.

Sometimes they do this for good reason, on your explicit request. But often they don’t. Little Snitch allows you to intercept these unwanted connection attempts, and lets you decide how to proceed.

Little Snitch informs you whenever a program attempts to establish an outgoing Internet connection. You can then choose to allow or deny this connection, or define a rule how to handle similar, future connection attempts. This reliably prevents private data from being sent out without your knowledge. Little Snitch runs inconspicuously in the background and it can also detect network related activity of viruses, trojans and other malware.

Note: prices are based on a purchase or upgrade of a single licence on 10 October 2017: discounts exists for multiple licences.
Show full description ▾

Non invasive and great for monitoring network usage across the system.

Title says it all. We need an open source alternative. Security & network monitoring software should be able to be audited for integrity by the open source community.

I still use it on pre-mojave macs since I bought version v2 and then I upgraded to v3. On the mac I had to upgrade to mojave in order to use dev tools that would allow using the latest Apple SDKs I am trying LuLu (free/OpenSource). If the Open Source program will fit the bill for what I need to use it, I will likely not upgrade to LittleSnitch from v3 to v4.

Note: While It's a great software (though not without issues), I wholeheartedly disagree with forcing users to upgrade to a version by having to pay (even with a 50% discount), just because the new codebase used for v4 is what's being worked on and the v3 has reached the EOL. That was reflected in the my star-rating and reason why I deducted 1.5 full stars (although here can't rate using 1/2 star increments). Without this issue I would have given the program 4.5 stars... with it it's only 3 which is still a positive rating.

I would support software development that isn't going to require forced updates on perpetual license just because the OS it runs moved forward and the application didn't. The app should at the very least detect user is upgrading OS and should let them know they will need to buy a new version of the application as it won't run after the OS upgrade.

Fair is fair and if I wanted to use whatever new features added to the v4 I would have upgraded myself. But I just wanted to continue to use v3 under mojave. That's not allowed and users must pay to get the new version or lose it altogether. That was extremely disappointing and for that reason I though I'd go Open Source and support them instead rather than continue using a commercial program whose upgrade path I didn't agree with.

Again I don't expect things for free, but forced upgrades when not disclosed are extremely unwelcome. As a paying v3 user I would have at least expected an email communication to be warned that should I decide to upgrade to Mojave, I would then need to purchase the new LittleSnitch v4... then I'd would have had not problem and would have done so.

Perhaps obdev should then start to disclose those limits and maybe think about coming up with a new policy stating how long they would commit to support a program. For instance it could be for 5 years or 5 OS versions whichever comes first. Therefore users will know and when agreeing to such terms there would be no surprises nor one would think they own a perpetual license to the software which will be perpetual indeed but with that 5y/5OS limitation.

Helped my catch and block an SSH hacker. LOVE IT!

I'm looking for an alternative to Little Snitch, because I can't find any way to either quit the application or stop it from starting with the system. It doesn't have the options for that, and if I force quit it from System Monitor it just restarts itself. That's a bit aggressive for my taste, not very sympathetic. I don't use it much, it's just sucking up system resources, but still I would like to find an alternative. Radio Silence (in the alternatives to Little Snitch) seems nice and cheap, also TripMode (same price). And the open source IceFloor – I'll try this one, as it's free and looks decent.

If you really want to go for some annoyance, go get this program.

Using Skype? You will have hundreds of dialogues popping up. Using Twitch? Same. There is absolutely no intelligence in handling requests.

Want to update? Well, you will have to restart your Mac.

Want to uninstall? Well, you will have to restart your Mac.

I honestly HATE this program!!!

(1) Yes the configuration of the firewall is a pain in the ass over the first few days and becomes less of an annoyance over the first few weeks, as most rules are set by then. This aspect of the software clearly lacks a recommendation system with optional preset rules for atleast the most popular software, provided by the community with some oversight by the developer.
(1.1) For software like Skype or any other P2P software that uses an indefinite number of ports, it's best to allow traffic to certain domains or just all traffic for that program, unless you know very explicitly what you want to block. With that mindset it is just one rule to set and the annoyance is dealt with.
(2) The software is very mature, thus updates are seldom, like every few months.
(3) As my understanding of the Mac OS X OS architecture goes, there is no way around a restart after an update, because little snitch has to be a driver to intercept network traffic, and a change in kernel drivers require a restart to become effective. So it is a hassle, but there is no way around it - no competitor would be able to update without restart.

Hope that helps to stop hating and love the snitch. 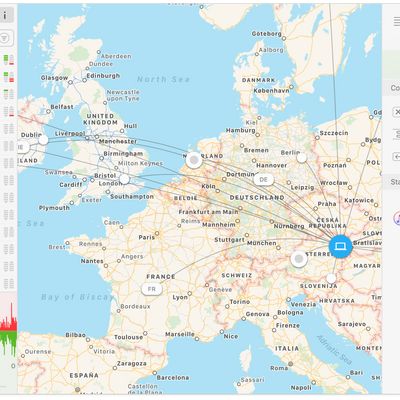 Our users have written 8 comments and reviews about Little Snitch, and it has gotten 117 likes

View all
Little Snitch was added to AlternativeTo by gonzalolarralde on May 2, 2009 and this page was last updated May 25, 2019.