Cinnamon is a Linux desktop which provides advanced innovative features and a traditional user experience. The desktop layout is similar to

GNOME 2. The underlying technology is forked from

GNOME Shell. The emphasis is put on making users feel at home and providing them with an easy to use and comfortable desktop experience.
Show full description ▾

It took a while to figure out how to customize everything the way I wanted to (there are quite a few customization options, by the way). Once I did, everything looked very nice. The fact that you can download applets made by other people and share your own is a big plus.

My biggest problem, though, is that Cinnamon feels bloated and slower than other DEs. This reason alone is why I chose to stick with MATE.

It is super easy to use. Not only it is friendly to Windows users, it is intuitive.
I was able to find everything I wanted on my own, always where I expected it to be, no need to google for it.

The search functionality of the start menu is spot-on, there are toons of plugins and themes online to enhance the experience...

It is just awesome.

This is the best desktop environment for me. Since the release of Linux Mint 19.2, it has many features that are specific to Windows Aero. At the moment there are: the scale of filling of disks and file systems in the file Manager (as in Windows 7 and newer), a preview of open taskbar applications (as in Windows 7 and newer), the name of the context menu items is very similar to their name in Windows (MATE has more differences) and much more.
There are also many useful changes to bring Windows and Linux closer together.

It's simple to use, has a nice theme, and acts as a good first DE for users coming from Windows. 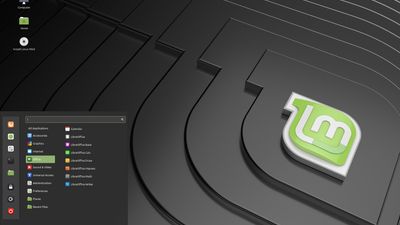 Our users have written 4 comments and reviews about Cinnamon, and it has gotten 181 likes