GNOME 3 has been designed from the ground up to help you have the best possible computing experience. Learn about what it has to offer.

Simple and easy to use Every part of GNOME 3 has been designed to make it simple and easy to use. The Activities Overview is an easy way to access all your basic tasks. A press of a button is all it takes to view your open windows, launch applications or check if you have new messages. Having everything in one place is convenient and means that you don’t have to learn your way around a maze of different technologies.

Helps you get things done GNOME 3 provides a focused working environment that helps you to get things done, and it is packed with features that will make you more productive. A powerful search feature lets you access all your work from one place. Side-by-side windows makes it easy to view several documents at the same time, and we even provide a way to turn off notifications when you really need to concentrate on the task in hand.

Puts you in control GNOME 3 lets you do the things you want without getting in the way. It won’t bother you or badger you with demands, and it has been designed to help you comfortably deal with notifications. Our messaging system lets you quickly respond to notifications in place or to return to them at a convenient time.

Finely crafted Every aspect of GNOME 3 has been crafted to fit together as a harmonious whole, so that it offers a consistent and integrated experience. We have paid a huge amount of attention to detail, resulting in a smooth and polished product that is satisfying to use and beautiful to behold.

Easily access all your data If you use online services to store documents or to organize your calendar or contacts, GNOME 3 is just for you. It will seamlessly integrate with your online accounts, so that all your data can be accessed from the same place. This takes the work out of using online accounts and makes it easy to find things when you need them. 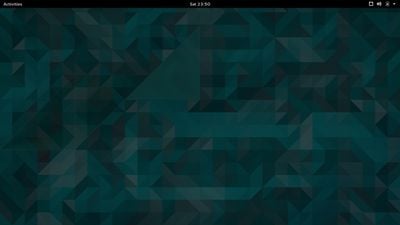 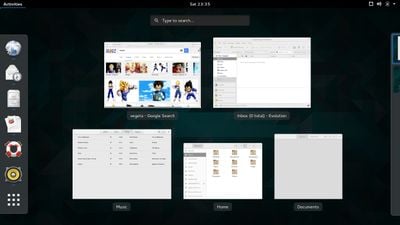 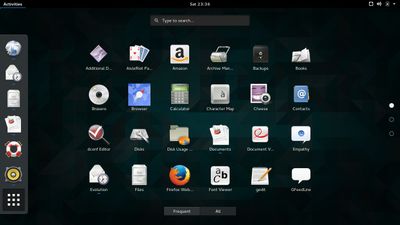 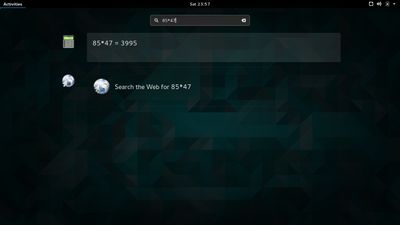 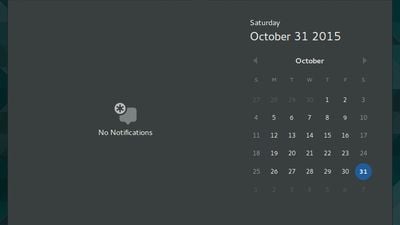 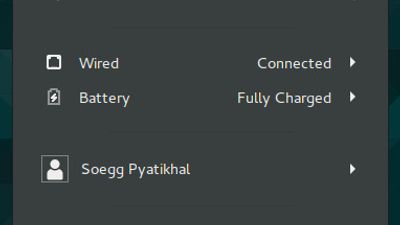 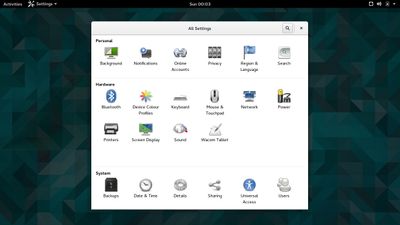 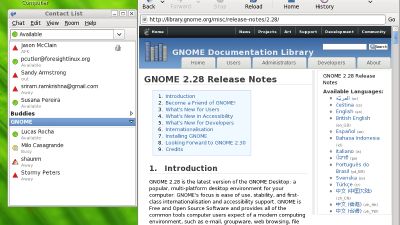 Our users have written 15 comments and reviews about GNOME, and it has gotten 451 likes

GNOME was added to AlternativeTo by geraldhiller on and this page was last updated .

The Gnome desktop environment is one of many available for Linux. Opinions about it vary as widely as in any typical debate about something that, ultimately, comes down to a matter of taste and personal preference.

When Gnome 3 first came out, it divided opinion because it moved dramatically away from the established ways in which desktop environments behaved. (Gnome 2 lives on in the form of Mate, which now feels a little dated.)

Critics of Gnome usually say it's less intuitive or customizable than, say, KDE's Plasma, XFCE or Cinnamon desktops. However, intuition is relative. I believe that users more used to Mac will find Gnome easier to adjust to than Windows veterans.

Moreover, although it's perhaps true that Gnome comes with a rather plain look, slightly fewer features and fewer easily-accessed customizations out-of-the box (for most Linux distros, at least), don't be fooled: Install the Gnome Tweak Tool (if it's not installed already) and use it to access hundreds of Gnome extensions and themes that will turn your Gnome into a very usable and attractive looking setup. It might just take that extra 20-30 minutes of effort before you see Gnome rise to its full potential.

Moreover, Gnome has some lovely little touches: dialogue boxes appear with a very subtle animation, highlights expand in a lovely radial effect; they've put the effort in to make it look nice, and that's actually important to make Linux a viable competitor with the likes of Apple. After using OSX and Windows for years and years, I have to say that my present Gnome setup is the most attractive desktop to look at and click around that I've ever had. From that angle, it beats KDE's Plasma (v5.9 is harder to theme) and XFCE (easy to theme but looks more dated).

In its current iteration, Gnome 3.22 (although 3.24 is very soon out), there's a lot to like. A lot of excellent features are included/available in a way that strikes a good balance between functionality and user-friendliness. Yes, if you're coming from another desktop environment, you might need to re-learn where a couple of things are, or it might take a while to realise that Nautilus (the file manager) supports tabs. (Install Nemo if you prefer that.) But overall, Gnome is a very friendly, usable and attractive place to be after a little theming and customization. Just search online for images of Gnome desktop themes and you'll see what's possible.

Despite trying for 7 years, in April 2017 the most popular and, arguably, most beginner-friendly Linux distro, Ubuntu, has ditched its attempt to make its own desktop environment (Unity) and announced a return to Gnome as the default. That speaks volumes about what Gnome can do for the common Linux user and how hard it is to beat.

Some hints to speed things up for beginners:

Install the Gnome Tweak Tool (e.g. from your distro's repository) and try the following:

Applications menu Axe menu Clipboard indicator Dash to dock (a must) Places status indicator Recent items Removable drive menu Status menu buttons Trash User Themes (a must) Workspaces to dock System monitor Open weather ... and don't be scared to fiddle with the options for each. There's a lot to choose from!

gnome-calendar, a.k.a. California (it's otherwise difficult to find an open source, attractive calendar) gnome-todo (a simple todo list) gnome-maps (a Google maps alternative made from OpenStreetMaps) gparted (a partition manager) guake (a dropdown terminal activated by a shortcut key)

Some desktops, like Gnome, are written using something called GTK. Others, like KDE's plasma, in a thing called Qt. You can run applications from one on the other, but you might find it hard to figure out how to make them look like they belong; by default they won't look like they are using the desktop theme.

In Gnome, you can adjust how Qt apps (e.g. KeePassXC - an excellent password manager) look by installing and going into the Qt5 Configuration Tool and setting the 'Style' option to GTK2.

Where do I find Qt5 Configuration Tool on Ubuntu?

This desktop environment is one of the best that I've used yet. Everything feels seamless, and it's clear that thought was put into each aspect of the UI.

[Edited to better reflect my opinion]

May be it works, but not on desktops. Its Menu is entirely touch oriented and incompatible to desktop. Requires too much mouse movements and clicks to open and then way too giant, hard to use on desktop screens.

Unity didn't went much further, but at least it's not that pain. Xfce on a other hand is a great alternative in GTK-based shells. MATE looks nice in Mint version, but has no high DPI support and will stay on ancient GTK2. Cinnamon might offer a bit more functionality, but looks laggy and buggy.

Oh boy, GNOME. Breaking theming everywhere with libadwaita, deprecating tons of their GTK API all the time, the devs are known to be arrogant and to insult their users, no thanks. They have a very bad reputation, and I even had the privilege to experience this firsthand at some point. Their arguments in "Please don’t theme our apps" are a joke, a sorry excuse for bad application design and programming. I have since moved on.

Software must change code in order to remember size.

If you care to do everything by hand then see

GNOME 3 is the antithesis of what someone would look for in a desktop OS. It's entirely based around touch screen usage, with no support for desktop icons, and the "start menu" taking up the entire screen, reminiscent of Windows 8's start screen.

Not only that, but it's not very customizable, as the GNOME team breaks its extension system with every single update. Most recently, they've neutered the theming system. It's a very Microsoft approach, a naked "we know better than you" philosophy that guides nearly every decision they make.

Furthermore, it's a resource-heavy desktop environment, not only compared to Plasma, but even to other GTK-based desktops like xfce, Cinnamon or MATE.

While it may be ideal for those with beefy touchscreen devices, it's just not suited at all for a desktop, and I don't think the developers care.

Can force any Window as "Always on Top". Useful for OSD monitoring (convert any application or script to on-screen display). Can't force transparency like

Quite annoying with many minor things like "is not responding" messages. Use this:
gsettings set org.gnome.mutter check-alive-timeout 60000
but this won't work with Ubuntu 18.04 LTS.