DeaDBeeF is a lightweight graphical music player created for easy playback of music and management of playlists. It supports major audio codecs and tags, global hotkeys, gapless playback, streaming audio, command line control, and has an 18-band equalizer. For the full list of features, please check the official website. 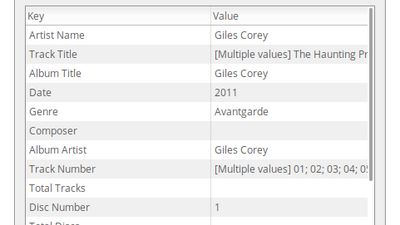 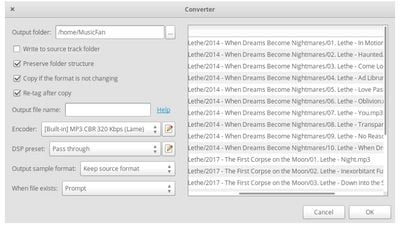 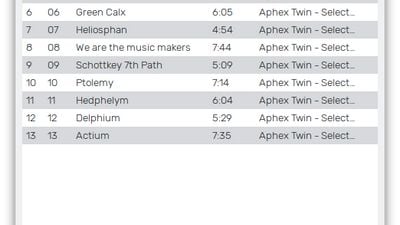 Our users have written 12 comments and reviews about DeaDBeeF, and it has gotten 178 likes

DeaDBeeF was added to AlternativeTo by Ramsey on and this page was last updated .

The best, player which works on any platform. Here's what makes it great:

As a long time user of Foobar2000 I missed all it's options when I started using Xubuntu (Linux). If you enjoy pretty interfaces this audio player isn't for you, but if you need a player based in all of foobar2000 strengths then DeadBeef should be your first option as a audio player in Linux.

Out of the box it has Replay Gain, good sound processors and resamplers, It reads as of this version AAC,ALAC,SHN,PSF,APE,FLAC,MPEG 1.2.3,MusePack,WAV,AIFF,TTA,OGG Vorbis,WavPack,VTX,MIDI,WMA,SID,DTS, it supports playlists PLS,M3U.

It also can convert audio files just like foobar2000, for this you should have some encoders installed, Lame for example.

It can read images but foobar still has better support for that, even so it does a good job most of the time.

Can read audio files in ZIP (and RAR if you install a plugin) Can send information to LastFM and can access it also for similar artist and lyrics via a plugin.

Works better via ALSA because PulseAudio isn't very stable as of this version.

All around its a good audio player based in playlists with good support for cover art.

it supports major audio codecs and tags, it simple to operate with multiple EQ's

Nifty little audio player which has now been my default player for years.

Overall, it does most things I'm wanting in a music player, and everything else can be worked around. I'm thus using it as a primary Linux music player.

Simple playlist-driven interface. All the features I need without bloat to get in the way.

If you like foobar2000 on Windows, DeadBeeF will definitely be your choice on Linux. It has almost the same user interface, similar customization capabilities, and great sound. DeaDBeeF has lots of features out-of-the-box, like ID3 tag/metadata support (with tag editor), global hotkeys, streaming radio support and even playback control from the command line! Furthermore, it has more than 50 plugins available to give you smooth user experience and to make sure you will no longer need any other media players!