What is Adobe Acrobat Reader?

View, sign, collaborate on and annotate PDF files with our free Acrobat Reader software. And to easily edit and convert your PDFs into file formats like Excel and Word, try out PDF editor and converter Acrobat Pro DC.

Do more than just open and view PDF files. It's easy to annotate documents using sticky notes, type text directly onto the page, add bookmarks, highlight, underline, or use strikethrough tools, and even draw on the screen with a freehand drawing tool.

Acrobat is connected to Adobe Document Cloud, so you can work with your PDFs from anywhere. You can even access and store files in cloud storage solutions like Box, Dropbox, Google Drive, or Microsoft OneDrive.

Take your PDFs to go with the Adobe Acrobat Reader mobile app.

This free PDF reader app lets you view, comment, fill out, and sign PDF forms to help you move through your workflow quickly and efficiently.

Read text out loud for hard to read documents.

The read text out loud option helps guide you along any document that’s challenging to read.

Great for PDF editing and annotation.

This is probably the best free PDF reader there is.

Acrobat Reader DC is almost certainly the worst PDF document reader out there, which is pretty ironic as it's the one by the same company that also created and maintains the format. It's one of the prime examples why a site like alternativeTo is great to have, because most people will, sooner or later, be looking for a way to avoid having to use it.

Functionality in the read-only free version is severely limited. It doesn't include even the most basic editing and reorganisation tools. Thousands of simplistic scripts allow you to extract, inject, reorder, rotate pages etc. from the command-line, and there are numerous free web applications that offer much more advanced editing capabilities. Filling out forms or signing documents is about as far as Reader DC's feature set goes.

It's also incredibly slow. Compare opening a large document in Acrobat Reader to the already more bloated alternatives such as Nitro Reader or Foxit Reader – it commonly takes several times as long to just get the document to display. The difference is even more extreme when compared to more basic readers such as eVince and Okular.

But now that you have the document on your screen, that's where the problems only really start. Have you ever tried scrolling through a large document with pictures in Acrobat Reader? Better forget about it! Give your mouse scroll wheel a slight spin, and spend the next ten seconds watching the document slowly inch its way down – without any possibility of stopping it if you overshoot your target. Even if you scroll the wheel back up, you'll have to wait until Reader has recovered, and then can have another shot at aiming for the spot you wanted to scroll to. Even the JavaScript-based PDF renderers of modern browsers are usually faster in comparison. It baffles my mind how the code can be so poorly optimised as to make scrolling through a document completely overwhelm a quadcore, 64-bit machine with 32 GBs of RAM. It takes quite some guts to release a piece of software in this condition, and it's inexplicable how a company as big as Adobe seemingly can't find good engineers to fix it. (And before you ask, this is not a problem with my system. I've tried using Acrobat Reader on a variety of machines, from laptops to high-end workstations, across several versions of Windows and Mac OS, and it's the same everywhere).

Then comes the cherry on top, the fact that Adobe doesn't manage to produce a reader that is compatible with the document format they developed and maintain in-house. Forms and layouts can get messed up, fonts are occasionally not rendered properly, and so on. I'll admit that quite possibly all other readers have that kind of problem, too, but I'd have expected a higher level of compatibility from what's supposed to be the "official" PDF reader. It's true that if you have a PDF that uses a lot of special and advanced features, your chances of opening it are highest with Acrobat Reader. Did you know, for example, that PDFs can be deployed as full-screen applications with scripting and 3D content? You might actually be able to write a pretty advanced computer game as a PDF file. I tend to disable those active content features in the program's settings for security reasons, especially considering Adobe's less-than-stellar reputation in that aspect. But if you need any of that functionality, there might not be a way around Acrobat Reader.

Let's assume for now that you were lucky and got your document to display properly on screen. Chances still are it won't print that way.

Adobe's PDF printing has turned into a running joke among students during my studies. We've had it all, from ROT-1 printing (each letter on a document was rotated by one, so if the document said "chapter 15", the resulting printout would read "dibqufs 26"), to mix-ups in the order of pages, intermittent blank pages, to corrupted images. Images are especially fun, because the results will range from completely messed up, to blocky and full of aliasing effects, to seemingly right but with terrible contrast or hue shifts. Again, all of this persists across platforms, printers, printer drivers etc. and are clearly Reader problems, not specific to a particular configuration.

There are many other, persistent bugs. Looking them up usually reveals this pattern: the issue has been reported numerous times over many years, people are discussing them in forums, sometimes they're even acknowledged by an official Adobe representative – but they're not being fixed. Some very severe bugs and major issues I've found had been reported for sometimes up to 10 years, yet they were still included in every new major version of Reader. One of my favourites was the one that made Reader freeze for about half a minute every time it was opened, in case the list of recently opened documents contained a file on a network location that was no longer accessible. I'm not actually sure if this has been fixed now after all, but it's been annoying me for the better part of five years. I sometimes wonder if anyone is even still working on fixing this thing.

To wrap up with something more positive: Reader is very customisable and offers many options. In an age where most software is being excessively dumbed down, as potentially slightly confusing a few less tech-savvy people is apparently worse now than no longer doing the job for the other 99,9%, Acrobat Reader DC feels refreshingly powerful. It allows you to set numerous preferences to your heart's content, allowing you to use it pretty much exactly the way that is most comfortable and productive for you. It feels like a true desktop application, developed for desktop users, who want to do actual work and use a real computer – none of that touchscreen-optimised toy thing for people who just muck about on YouTube and Instagram all day =) I feel like that deserves some respect, and is one of the reasons why, despite everything, Acrobat Reader still gets set up on all my systems.

In the new version the documents load fast and being able to comment or underline them is very intuitive. I only regret that it requires registering an account to be used, being that not long ago there was a data breach of all the user accounts that had been registered in this platform.

Heavy, slow, and the toolbar cover a third of the screen persistently (infuriating). Seemingly having some kind of Alzheimer disorder.

What an awful software. Bloated, slow, shortcuts are non sense.

Outdated, overburdened and useless. I have been searching for a PDF-reader with the feature, which allows to change background colour in pdf-files.

Adobe Reader DC claimed to have this feature, but it turned out to be totally non-working. Besides, this reader looks like an outdated software from Windows 98 era. And it has user overwatch/tracking system (you got to turn it off manually in settings). Actually, Adobe Reader DC is a bunch of shortcomings in comparison with modern and light pdf-viewers.

My personal choice for Windows 10 in 2019: Xodo (free, it changes the background colour of pdf-files, for example, for those, who like to read in Sepia mode), Sumatra PDF (free, very light), PDF Shaper Free (free and incredible for pdf-editing), NAPS2 (free, great for converting jpg to pdf and much more OCR-stuff). 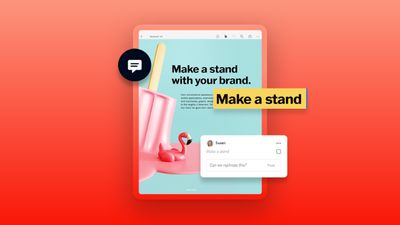 Our users have written 23 comments and reviews about Adobe Acrobat Reader, and it has gotten 412 likes