To encourage its adoption, Microsoft announced that during its first year of availability, Windows 10 would be made available free of charge to users of genuine copies of eligible editions of Windows 7 or Windows 8.1.

Windows 10's user interface was revised to handle transitions between a mouse-oriented interface and a touchscreen-optimized interface based on available input devices—particularly on laplets; both interfaces include an updated Start menu that comprises a design similar to Windows 7 with 8's tiles.

I have been a Linux user and kernel developer for years. I was a very skilled user of cli, vim, tmux, etc., you name it. But I still find Windows 10 to be the best and finally switched back to Windows. I don't understand why so many people hate Windows so much. Linux is just not a substitute for Windows, lacking so many powerful apps and drivers, including the widely hated Office (LibreOffice is just not a substitute for it, face the truth). Even a skilled CLI user like me will find the command line configuration exhausting, not to mention novice users. Microsoft is not making billions of dollars from Windows and Office without a reason.

Though, the battery consumption is just unbearable in Windows. And I appreciate the security, privacy, clarity, file system, flexibility, scripts, low resource usage and CLI of Linux, especially if you are a developer. But I just think there is no need to hate Windows and overrate Linux, not to say who is better or worse, they just serve different purposes. If you are using an OS for your daily life without programming or specific tasks, use Windows, it's the right choice.

I've tried tons of Linux distros and had major headaches with them. Linux isn't much better for me at all.

The elitists will thumb this down, but if you run into multiple errors, and incompatibilities trying to do the simplest tasks, you might be using Linux.

I don't have the energy to dedicate to getting Linux to work. Not to mention i can only play about 10% of my video game library on it. (if that)

Why Microsoft spy on their users

Google, Facebook, Amazon and others have adopted a business model in which huge databases are constructed about their users' contacts, who and when they talk/email/chat, what about, what files they store, calendar contents, search history, bookmarks, posts, likes, where/when you go physically, what they read and buy... and on... and on.* Doing this allows them to know their users in incredibly intimate detail. They are then able to promise advertisers that their ads can be targeted with huge precision because they know who to display specific ads to. This is where many modern billions are made.

In this context, Microsoft have a distinct advantage: a world-wide near monopoly on desktop operating systems. They have chosen, via Windows 10 and retroactive updates to Windows 8 and 7, to make use of this monopoly. Windows 7, 8 and 10 now gather gigantic amounts of data about Windows users. In this way, Microsoft can potentially out-compete Google, Facebook and the rest. (That means you are not avoiding Microsoft's violation of your privacy by staying on Windows 7 or 8.)

What Microsoft's Windows collects about users

Recent EU pressure on Microsoft about its privacy practices (including over the 2017 Creators update) seems to have forced them to reveal which "telemetry" data Windows 10 gathers. It includes, but is absolutely not limited to:

... and all of this in addition to the data you give them if you have a Microsoft account:

Note also, that if you use Microsoft's email services, e.g. Outlook, or other services, like LinkedIn, they can correlate all of this information with what you email, when you email it and to whom and who you know.

Note that if you store other people's contact details or private information on your Windows machine, all of this in principle can be monitored by Microsoft. For example, if you search in your computer (locally) for a name that has someone's personal details (e.g. name, address, National Security Number), all of this can be sent to Microsoft servers. Microsoft is therefore not only using your privacy for their profit by amassing your details into a database, but also that of people you may know, contact or whose details you might be responsible for, even if they never agreed to Microsoft's Terms and Conditions or Privacy Policy.

Microsoft categorize the telemetry settings into "Basic" and "Full", and claim that user data collected is not personally identifiable. This is misleading. Firstly, the Basic level collects 90% of what the Full level collects, so it's does not give users meaningful control. Secondly, at least according to one former Microsoft employee, Jerry Berg, Microsoft databases are easily cross-linked and therefore it is trivially easy to correlate telemetry gathered via Windows to, e.g. telephone numbers and mobile phone sim card numbers, and vast amounts of other types of personally identifiable data.

Why It is Wrong & Dangerous

The only way to avoid all of these problems is not to create such databases in the first place.

(You should also know: previous independent programs/apps distributed by individuals aiming to help people switch of Windows telemetry are now unlikely to work because of "under-the-hood" changes the recent Creators update includes.)

What you can do about Windows spying

If the databases continue to be created, as individuals we have the choice (still) to opt out by not using products that treat us this way. If you don't have to use Windows (and most people reading this probably don't have to), then I cannot possibly recommend anything other than to switch away to an operating system that doesn't spy on you. Note that some of what Windows does, Apple's MacOS also does. For example, Apple's desktop search app, Spotlight, records the search terms you use on your own computer. (You can disable this, but then you disable the search.)

Operating systems that do not spy on users include Linux and BSD. Of these, Linux is by far the more popular and comes in many different flavors, including user-friendly versions for beginners (e.g. Ubuntu, Linux Mint, OpenSuse and even Manjaro). They are also free, open-source (which means the code can be trusted) and have huge communities of people happy to help newcomers. There are general Linux forums and distribution specific forums. Modern Linux distros are now largely so usable and stable that a beginner would only really have to relearn a couple of basics about what some new icons do and where some folders are that they might not be used to. That's about it. It is also possible to run Linux with Windows in a virtual machine for programs that don't have a Linux equivalent (although most do).

Other fantastic resources online that you can use to learn more about protecting your privacy are:

The other thing to do is to campaign against what Microsoft (and Google, Facebook, etc.) are doing. Contact your local representatives, politicians, MP or MEP and get them to kick up a fuss about this. You can also

Well said, well written, nothing to add. Welcome to the world of the Gafam...where every move you make, every step you take, THEY'LL BE WATCHING YOU...MESSAGE IN A BOTTLE...

It is a horrible OS for medium performance computers, which is probably only going to get worse in the future with Windows 11. You either buy an ssd or you have to use the laggiest and most unstable Operational System ever. It
also forces you to update, which don't seem to ever get it better.
Worst part is, we're stuck with it. Some apps won't work on other systems, and people really think they're the best out there, so you're gonna have to use Windows in most office jobs.
The only nice thing I can say about it is that I like the desktop enviroment.

I hate Windows 10 because it's totally unstable, full of bugs, with anoying things, a lot of crapware and bloatware (like candy crush things) and it has sooo sooo much horrible UI/UX... and it's spyware (literally).

There is nothing good about Windows

Sadly It doesn't have any alternative :( 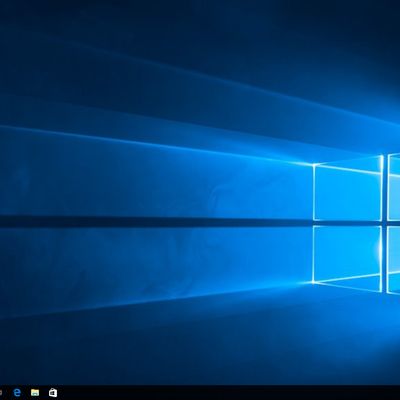 Our users have written 54 comments and reviews about Windows 10, and it has gotten 390 likes