Tidal is the world’s first music service with High Fidelity sound quality, High Definition music videos and Curated Editorial by music journalists, artists and experts, making for a simply superior experience. Try it out and see for yourself.

• High Fidelity Sound Quality
No compromises. Just pure sound. With our lossless audio experience, you can enjoy your music the way the artists intended. Unlimited access to over 25 million tracks.

• Stories behind the music
Read our integrated music articles, features and interviews.

• Offline mode
Save albums and playlists offline, and bring your music with you anywhere using our offline mode for up to three devices.

• Audio search
Wonder what’s that track playing on the radio? Never miss out again, get the answer instantly, using our Audio search.

After 18 months with Tidal, I switched away to Spotify. I don't think Tidal is bad. In fact, I think it's excellent. Here are my impressions.

WHY TIDAL IS GOOD:

Tidal's best selling point is its lossless quality audio (FLAC). Two levels of service are offered: for c. $10/month you get 320 kbps, which is the same audio quality as the maximum offered by Spotify, Apple Music and others in this market. For $20/month you get "Hi-Fi" or CD quality (FLAC-based). Committed audiophiles will definitely benefit from this and notice the difference on SOME tracks if you also have high-end equipment. Most people who listen on headphones that cost below, say, $300-400 won't hear the difference between the 320kbps and FLAC. The reason is that 320kbps is generally excellent anyway and modern tracks are recorded in a way that maximize the quality of the sound even at 320. (This is done by cutting off what is recorded/played back at frequencies above what humans can hear, typically above 16 kHz.) Multiple tests show that people very rarely hear the difference, even professionals. Nevertheless, I believe I have heard the difference on occassion between the same tracks offered at 320 and FLAC with top-of-the range headphones. If that's your bag, Tidal are just about the only service that offer lossless quality audio, and I think that makes them worthy of support.

Tidal gets a lot else right. It has a good client for Windows and Mac, the feel of which is very much like that of Spotify, perhaps even more attractive and intuitive to navigate. It has a good mobile app which lets you download tracks to listen offline (e.g. if you anticipate not having signal). Note that FLAC quality tracks will eat up a lot of your mobile's storage space compared to 320 kbps.

WHAT TIDAL GETS WRONG:

Tidal has the following disadvantages compared to Spotify, its closest rival:

WHY I LEFT TIDAL FOR SPOTIFY

I am very glad that Tidal offer the Hi-Fi (FLAC-based), CD-quality music. I think more services should have this option for the higher price, if need be. I have certainly benefited from it. In the end, however, 320 kbps is 99% as good in 95% of cases in the situations I listen to music (walking outside, in my car, on computer speakers, etc.) The rare cases I would sit down with my high-end headphones and really listen were too rare for me to pay the $20/month, although I think hardcore audiophiles would do that more often and would benefit more than I did. Spotify have a Linux client (I use Linux, Mac and Windows) and I couldn't stand Tidal's Chrome-based solution. Also, Spotify's superior music discovery and public playlist system was the straw that broke the camel's back. I wanted to stay with Tidal... but Spotify's features outweighed Tidal's. If Tidal improved their search, made a public playlist feature and developed a Linux client (or let others do it via their API), I'd probably go back.

On a side-note: Tidal's service has been mired in controversy, quite a lot of which is superficial noise. For example, Tidal's weird and tasteless publicity stunts have nothing to do with the quality of the service. However, there are consistent rumours that Tidal is not doing well financially and that its days are numbered. I hope not or that, if it does die, one of the other major music streaming services will pick up the mantle of providing CD-quality audio.

I am really happy that this software is available in Poland. Because to me it is a music application "Numero Uno"!

Meh. The only feature that Tidal has is Hi-Fi sound and it's definitely not worth $20 a month. In all the other features, it's far behind the other competitors. For Hi-Fi music, I'd recommend Deezer over Tidal. For standard quality music, Google Play Music All Access is my favorite. I can upload music that isn't available through All Access and allows me to streaming it the same way as All Access.

Though now it looks like Amazon is offering "HD" music for a better price (than Tidal) at $12.99 a month (if you already pay for Prime). I haven't tried it yet, but it does look compelling.

There are other options also, if you already have your own FLAC collection (besides just storing the music on your phone). One is Subsonic, which turns your computer into a music server and allows you to stream your FLAC collection over the internet (with Android and iOS apps). If you don't want to leave your computer on all the time, another service called Astiga which allows you to stream your FLAC collection from many "Cloud" services (Dropbox, Google Drive, pCloud, etc.). Both options offer a free option or a premium option; $1/month for Subsonic or $4/month for Astiga. Both options are pretty decent though Astiga is still early in development (in 2019), but it does show promise.

their mission goes beyond commerce, it goes beyond technology. Our intent is to preserve music’s importance in our lives and I am glad that something like this finally happened!

This is a very good alternative to Spotify, with a catalogue bigger than that of the swedish streaming service. They don't have a free offering however and you're required to install Adobe AIR to get the program running. Prices for downloading songs are within the same range of similar service providers, but through the different monthly subscription plans they offer you can stream and listen to everything.

Online: Currently lossless streaming with our Web player is supported in Chrome only 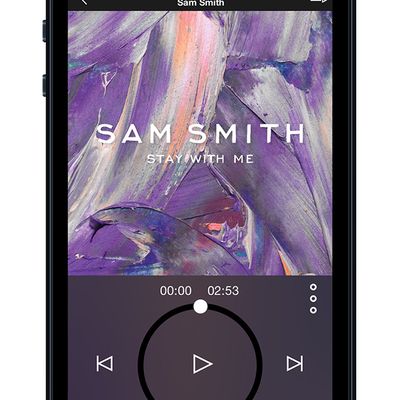 Our users have written 5 comments and reviews about TIDAL, and it has gotten 47 likes