OBS Studio (also known as Open Broadcaster Software, or OBS) is a screen-casting and live-streaming software available across multiple platforms including macOS, Windows and Linux. Boasting features typically only found in commercial screen recording apps, OBS also provides one of the simplest workflows with an intuitive and easy-to-learn interface that makes recording and streaming a breeze. It's also totally free and open-source.

With its long standing history of continued updates and considering its ease of use and free cost, it's no wonder OBS is one of the most popular and highest recommended apps for screen-casting and live streaming.

OBS Studio is listed in

My Windows Setup, Free tools (Software that can help you mostly in any field), $0.00 and/or Open source Creative Software, Open Source & Free Animation & VFX, and My Windows software

OBS Studio is also a platform with 1 apps listed on AlternativeTo. Browse all 1 apps for OBS Studio. 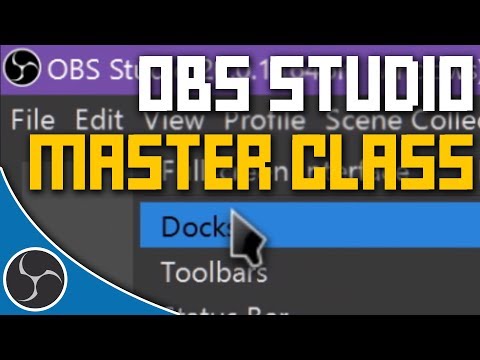 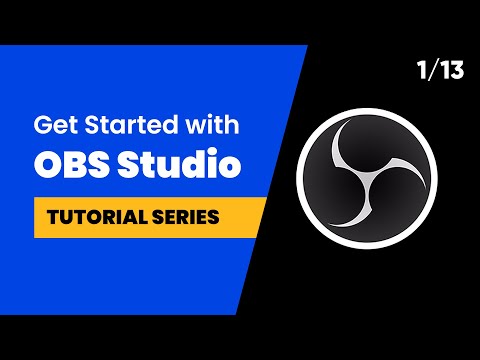 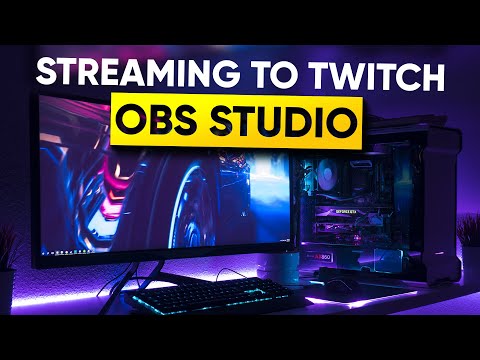 Make this page better by adding screenshots to OBS Studio.

OBS Studio (sometimes referred to as OBS) was added by hereforcake in Nov 2012 and the latest update was made in Aug 2020. There is a history of all activities on OBS Studio in our Activity Log. It's possible to update the information on OBS Studio or report it as discontinued, duplicated or spam.

Alright, here's the deal. If you need the best screen recording and streaming app with the most options for optimization, different types of encoders, different scenes, transitions between those...

Support twitch, hitbox and youtube gaming. And there is a dark theme <3

Alright, here's the deal. If you need the best screen recording and streaming app with the most options for optimization, different types of encoders, different scenes, transitions between those scenes, quick to alter and reload scenes, plugins, different audio sources and adjustable volume and filters for each source, and more, this software is top-notch. It's powerful. It's professional quality.

If you don't know what you're doing, you might be fine. I was. But my sister wasn't. We wanted to record ourselves playing games together. I wanted her to play Half-Life 2. I don't know what kind of hardware she had, but the game was easily getting 60 fps with OBS open and running, as well as our webcam, but the recordings wouldn't save unless we scaled it the webcam down to 10 fps and 720p. I don't remember what the error was, but the solution was to download a custom encoder or something, tweak a bunch of things hidden behind jargon that I don't remember, an hour and a half later, it worked.

I truly believe that this app is capable of giving you the best quality recordings and streams, but it isn't hassle-free and your mileage may vary depending on the time you're willing to commit to setting it up. This is professional quality software, so if you need the most capable software get this. If you need the easiest software, I can't really speak to that.

OBS Studio is probably my favourite software of all time. You may think that OBS would be used exclusively for gaming purposes... far from it! Yes, you can easily set it up for streaming content to YouTube, Twitch, and the like, but it's also a great screen recorder software for educational videos and a great podcast recorder! It allows for extensive audio input configuration and easy stereo-mix recordings (remember that?) for a podcast session.

The software performs incredibly well even in outdated computers. My almost-10-year-old laptop can pull some recordings at lower resolutions.

Free, and does a lot of shit. All you will ever need to get started with streaming.

Now all that's left is a good machine, a good setup and an audience to get going.

It's also cross-platform. So you can learn the program once and use it on Mac, Windows and Linux.

Has defaults for most major streaming sites right out of the box, as well as tons of built-in recording options if you'd rather take your time and create more professional videos. This is the software used by many large YouTubers (including the largest, Pewdiepie), and for good reason.

It may feel overwhelming at first glance, but once you set it up for your hardware and realize that the defaults are good for most users, you quickly realize that the rest of the options encapsulate all of those cool little widgets you see on your favorite streamers' feeds, from live subscription counts to new donations from viewers, and everything in between.

In addition, there's no proprietary lock-in, so whether you stream or upload, all of your videos are in standard formats, so you can edit them with any video editor you favor.

Regarding some of the complaints, OBS Studio (as with any recording software, or any similar studio-type environment) is limited by your hardware's capabilities. Ideally, you'll want to use it with a second monitor (so you can keep an eye on your recording as you play/work), a second hard drive (recording may lag if you're doing something intensive and recording on the same hard drive, as the physical read/write head can only move so fast), and of course, a compatible microphone and camera (most good consumer items are compatible).

If you don't have a fairly modern system (built in the past 5 years), or you're doing a one-off stream or recording with no intention of doing another, OBS Studio's requirements and/or learning curve may be slightly higher than you're willing to endure, but for anyone who records more than once in a blue moon, OBS Studio provides 90%+ of what you'll get with the best commercial software, for free.

One thing that's improved greatly over the past year is the amount of documentation and text/video tutorials. Even experienced streamers with specialized needs should find answers for their issues while browsing the OBS wiki. New users can find hours of in-depth tutorials on YouTube and other websites, that not only cover OBS Studio, but streaming/recording techniques and issues in general.

Has the functionalities that you need, and if not, it's likely there's a way to do it.

Startup times can be a bit slow, but overall performance-wise, it is smooth. It is possible to customize the UI and configuration to a high degree.

All of it for free.

Quite literally the best recorder and streaming software out there. Completely free and open source, while very professional and has tons of features.

great software for recording desktop operation, with voice and video from the webcam (using the croma key filter).

A libre software reference for broadcasting as well as recording screens.
You can instant replay like ShadowPlay with the replay buffer, with even more settings.

can have multiple profiles for common recording task / setup

Have used OBS many times to stream to Twitch, and also use it for recording videos to post later to YouTube. Initial setup can be a bit daunting, but once that's done it's a great software, not to mention free!

OBS is without a doubt the best streaming software on the market, and it's great that it's free and open source. It has low resource usage, it has lots of great features, and is extremely versatile. I used to use Xsplit, but after trying OBS once I left it in the dust for good. Definitely give this one a shot.

This software can record to file and is excellent for capturing the screen.

free, open source, and gets the job done really well, NVENC support helps it to not make your system lag whihc is really nice as well