MLDonkey is an open source, multi-protocol, peer-to-peer file sharing application that runs as a back-end server application on many platforms. It can be controlled through a user interface provided by one of many separate front-ends, including a Web interface, telnet interface and over a dozen native client programs. Its great when you have multple computers and you want to set up one server to download and in multiple computers with multiple users you can add files. (use it with Sancho Gui)

100% Open Source, GPL license runs on Linux, Unix, and Windows The p2p core can run on a resource limited headless computer, with remote GUI clients accessing it over the network. The core is built to run as daemon for days, weeks, ever... Several different GUIs available, some of them developed separately. Multi-user support: the same core can queue and process downloads for several different users who can't see what the others are downloading. Several different file-sharing networks supported: ED2K (and Kademlia and Overnet) BitTorrent DC++ (FastTrack, SoulSeek, Gnutella and G2 need work) The core can download the same file from several different networks simultaneously. Scriptable command-line interface available. It's possible to control all aspects of mldonkey from the CLI. Written in ObjectiveCaml, with some parts written in C and some in Assembly.

The program seems to be no longer updated. Last version, 3.1.5, released in March 2014, can be still downloded from the official website. 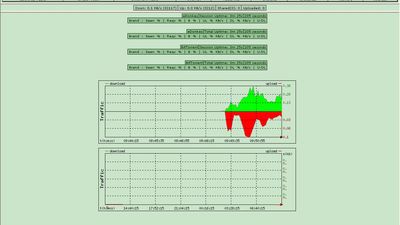 Our users have written 0 comments and reviews about MLDonkey, and it has gotten 21 likes

MLDonkey was added to AlternativeTo by exyron on and this page was last updated .