MEGA, the successor of

MegaUpload , is a cloud storage and file hosting service produced by Mega Limited. This cloud-storage solution claims to protect your privacy with end-to-end encryption and offers a "Secure Collaboration" feature. 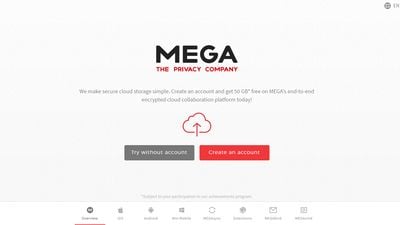 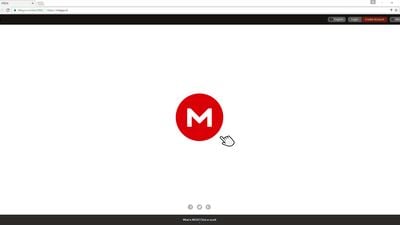 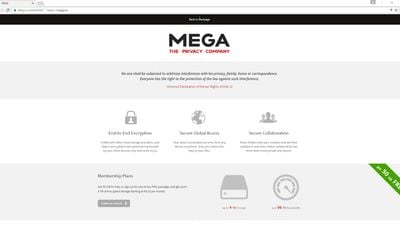 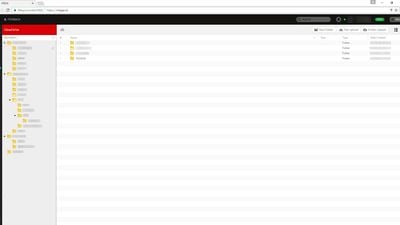 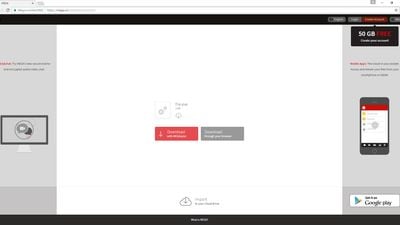 Our users have written 31 comments and reviews about MEGA, and it has gotten 820 likes

MEGA was added to AlternativeTo by realnabarl on and this page was last updated .

This is a super size cloud storage man and with the extensions this is ultimate and the free storage is upto 50gb which is damm coooooooool you never ger those features anywhere .... MEGA is damm super

The server is quite fast, it has good security, good applications and you get rather nice storage space size for a free account.

Firstly, it is a constant controversy magnet: from Kim DotCom (the founder) getting ousted and then making allegations against the service he created, to the discovery of fundamental security vulnerabilities, to Mega's servers getting hacked in November 2016, and on, and on... there are just too many confidence-deflating developments...

Secondly, the service is quite slow or, at best, sporadic. The client can be very slow even to index and upload files. The Firefox plugin seems completely broken (as of the time of this review).

Thirdly, the 50GB "for free" sounds just too good to be true (and things that sound too good to be true usually are). You should always exercise a healthy degree of skepticism when you're being offered something "for free" (e.g. Chrome and Gmail and Facebook and Yahoo! Mail are "free" because you pay for them with you privacy when every detail of what you do online is used to make ads - where will THAT data end up in 20 years?). "Freemium" services offer a little (e.g. 2-5 GB of storage) in the hope you'll like the service and buy more. 50 GB is an order of magnitude greater. For me that stretches believability.

Fourth, MEGA's predecessor, MegaUpload, was shut down - however unfairly - by request of US authorities acting ostensibly to protect Hollywood copyrighted material. It's more than likely MEGA is being used to share files illegally, and that therefore it will be targeted/closed in a similar way. It's heritage doesn't inspire confidence that the service will be around for the next 10 years, just exactly. Also, Mega's original founder, Kim Dotcom has alleged that the service is under the control now of people who have less than stellar reputations.

If you're looking for a stable, reliable, end-to-end/zero-knowledge encrypted file backup/sync service, you're better off paying at least a small amount for a reliable service without the security pitfalls and constant controversy.

However, if you want to have a low price for lots of storage AND have encryption, a good choice is using a non-encrypted service together with Cryptomator, which is an open source encryption app for Linux, Mac and Windows and which lets you set different passwords for different folders (Use a password manager like KeePass to generate and remember them). Cryptomator is specifically designed to give you privacy in the cloud and its free and open source. You can easily pair it up with excellent and low cost services like pCloud (Switzerland) and Seafile.de (Germany), or any other sync service of your choice. Such services are likely to be around much longer than Mega, judging by how things have been going with it so far, but that's just my guess.

Believe it, it's really 50GB storage.

I didn't write that I doubt it's 50GB. My point was that the combination of this - which is an order of magnitude greater than competitors offer - together with the fact that Mega's code was found to contain security vulnerabilities, that the predecessor service was shut down amid much controversy, that their founder no longer supports them after having been ousted... and so on... does nothing to create an atmosphere of trust around Mega to any level where I'd believe it's a good place to put my files, trust their crypto, security practices, that they are trustworthy - be that ethically or that they will be around next month/year. It's just not a background I associate with a company that deserve my trust.

I get your point. But if your files are so important don't put it on the cloud, there is no web service, mobile app, or operating system that is 100% secure.

No, but there are services which are:

It's not a binary situation of trust the cloud or not. By all means use the cloud, but be smart and sceptical, and look at the reliability, reputation and transparency of a company before you trust them with things you value.

John, Just to say I mistakenly clicked the "not helpful" button, so +2 to your review!

I can only talk from my experience, and this is the fastest free cloud service I've ever used. Maybe all the disproportionately high level of "free" storage is a countermeasure for all that bad reputation. Again, I use it and I'm very happy with it.

Private and secure and syncs across all of my devices

It could be better, but it is challenging to have end-to-end encryption, have applications for every platform, even smaller ones, and maintain user-friendlier features like search, which you do not take for granted when you start to deal with end to end encryption. It also has built-in functionality to play music, videos, view photos, or even PDFs and text files. When dealing with secure systems, they may not have software to this if not for built-in items Mega has.

It is not the best thing ever. Honestly, I would score it lower, but file storage for consumers that is truly end to end encrypted without using another application and can be used on all major platforms is very empty. It should be more like three stars, but part of what I do is test different solutions, and this gets 5 for being at least usable in a field that is horrific. Others are much easier from big tech, but if you are looking to secure your data, they are not a fit for you. There are other providers that do server-side encryption and maybe better than big tech, but you still do not control your data. Enterprises do have some options. For consumers, Mega is about as good as it gets and is foolproof, unlike some other solutions like Nextcloud, where the admin could make mistakes and not have E2E enabled or some providers do not even provide E2E until you purchase certain level package. None of that guesswork with Mega.

I am not the largest fan but other than some much pricier options, this is only one I could reliably give to an average user and feel halfway decent they would figure it out.

20GB free storage, which is more than the alternatives. Good upload speed.

MEGA has a problem with uploading a folder with hundreds of files. It gets stuck and never finishes, while Google Drive does that easily. The workaround I found is to zip the folder into one file, and then upload it.

It is an unreliable company in all aspects of the service called the cloud. Irregular download speed, dual download method (web->browser), frequent errors during transmission, many censorships, philosophy of open source, and so on.