Put your files into your Dropbox on one computer, and they'll be instantly available on any of your other computers that also have Dropbox installed. Because copies of your files are stored on Dropbox's secure servers, you can also access them from any computer or mobile device using the Dropbox website.

You receive 2 GB of storage space for free, upon registration. You may earn up to 16GB of free storage space by referring new users to Dropbox, at 500 MB per referral. 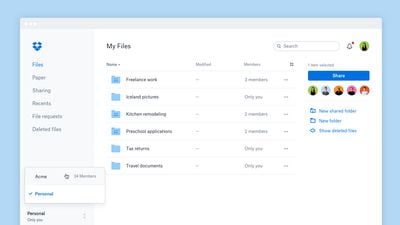 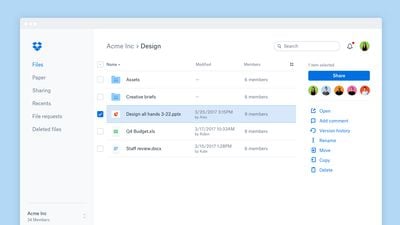 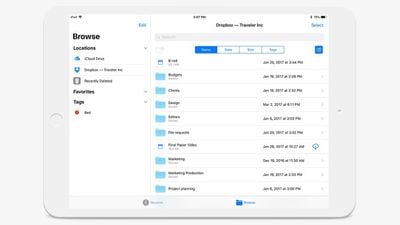 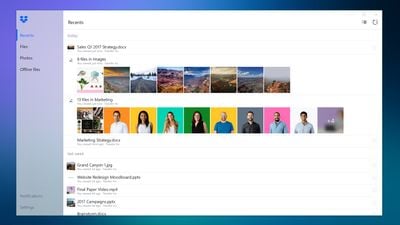 Our users have written 116 comments and reviews about Dropbox, and it has gotten 5496 likes

Dropbox was added to AlternativeTo by Mogelfar on and this page was last updated .

Arguably the most convenient thing about Dropbox is how universally integrated it is with everything. Most websites or software have utilized some kind of Dropbox integration to sync your files or create backups. In regards to those complaining about privacy/security, although relevant concerns, it should be noted that this is a non-issue if you encrypt your data before uploading. This seems to make more sense to me than trusting a third party that "says" they keep your data private. Unless they've verified that, I don't see why anyone should assume trust, let alone deny themselves of superior features. If you encrypt your files yourself before uploading to Dropbox (or any other backup/cloud software really), there's no reason to worry about trusting a third party when you yourself have verified the legitimacy of your data security.

This made me wonder about the best way to do encrypting. I see you have gone on to review IceBox which has encrypting. Other encryption suggestions would be good to know too.

20$ for 2TB - is way too much for features what they offer (mostly nothing). The era of sharing files is over, now must-have option is securing user data on cloud storages. DropBox does not do this. Data is not secure there and asked to pay a lot of money for that.

120$ = 1TB of local SSD where you will have speeds up to 500MB/s with the much larger set of things what you can do with your files (of course for your personal use). If you're looking for sharing files and you're the hipster and do not know the worth of the money, at least try it, they're not bad, but not a good too in personally my opinion.

Mega Upload (www.mega.nz) has a pretty decent free plan of 15 GB (it used to be 50 GB) for free. It is secure, encrypted, and works on Win, Linux, and macOS platforms. Super nice. First tier, free, is really decent. Better than Dropbox in my opinion.

Dropbox syncs your files between multiple computers. It became popular early on in this market and has maintained brand awareness and loyalty, despite newcomers (esp. Google Drive). It's fast and convenient but it comes at a terrible privacy & security cost. See below for details and alternatives.

Dropbox, Google Drive, etc. use a model of storing your data that isn't private. Files are uploaded to their servers and then encrypted using keys that Dropbox/Google Drive keep. At any point they can access your files. This is inherently insecure and privacy-hostile. It means hackers who access the data and the key can read your files. And it means Dropbox/Google (and similar services, e.g. SugarSync) have to comply with National Security Letters, which force them to give up your data to intelligence agencies without even telling you.

Some of the other problems Dropbox has had in providing a secure or private service:

There's plenty more. Dropbox have a terrible record of protecting people's security and privacy and being honest it.

Tthere are plenty of alternatives that offer a far more secure model, with end-to-end encryption (ie, the service cannot access your data, also known as a "zero-knowledge" policy because your files are encrypted before being uploaded not after and the company doesn't have the keys). Most of these services offer more than Dropbox's 2GB for free:

Whichever service you go with (Dropbox, GoogleDrive or any of the above), you can protect your privacy by uploading only encrypted version of your files by using one of these apps:

Syncing Stuff Occassionally Between Computers To sync files between 2 computers, just occasionally use SyncThing has you covered. Free, open source, runs on Win, Mac & Linux (opens in the web-browser). You tell it which folder to sync and then pair it with the other computer by typing in a code. The two computers will find each other online and sync the folder(s). The connection is direct (data doesn't sit on anyone else's server) and encrypted. Speeds of up to 80MB/second!

Confusing interface but all the rest standart features - are awesome

They offer 2GB or 2000GB, but nothing in between. I know some other companies doing the same thing - offering either something useless or complete overkill for anybody. I could use 100GB and still have lots of room left over, and that's practically everything I've hoarded electronically over my lifetime (and I'm old!)

i love Dropbox, Bcz its very helpful for me