Jenkins is a fork of Hudson and is a continuous build system for software projects.

Jenkins is an application that monitors executions of repeated jobs, such as building a software project or jobs run by cron. Among those things, current Jenkins focuses on the following two jobs:

Building/testing software projects continuously, just like CruiseControl or DamageControl. In a nutshell, Jenkins provides an easy-to-use so-called continuous integration system, making it easier for developers to integrate changes to the project, and making it easier for users to obtain a fresh build. The automated, continuous build increases the productivity.
Monitoring executions of externally-run jobs, such as cron jobs and procmail jobs, even those that are run on a remote machine. For example, with cron, all you receive is regular e-mails that capture the output, and it is up to you to look at them diligently and notice when it broke. Jenkins keeps those outputs and makes it easy for you to notice when something is wrong.

Jenkins is listed in

Jenkins is also a platform with 5 apps listed on AlternativeTo. Browse all 5 apps for Jenkins. 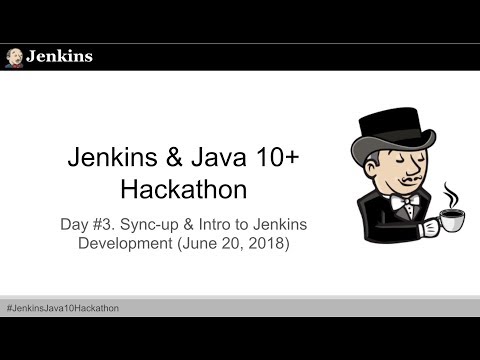 Make this page better by adding screenshots to Jenkins.

Jenkins was added by Skrrytch in Mar 2011 and the latest update was made in Apr 2020. There is a history of all activities on Jenkins in our Activity Log. It's possible to update the information on Jenkins or report it as discontinued, duplicated or spam.

No reviews yet for Jenkins, want to be first?

Maybe you want to be the first to submit a comment about Jenkins? Just click the button up to your right!