What is Epic Games Store?

The Epic Games store is now open, featuring games from other developers. Epic's goal is to bring you great games, and to give game developers a better deal: they receive 88% of the money you spend, versus only 70% elsewhere. This helps developers succeed and make more of the games you love.

The first games on the store are Hades by Supergiant Games, Ashen by Annapurna/A44, and Hello Neighbor: Hide and Seek by tinyBuild, and they’re available now!

Hades is the rogue-like dungeon crawler from the creators of Bastion and Transistor. It is available in early access, with updates to come every month until full release later in 2019.
Ashen is an action RPG about a wanderer in search of a home. You can forge relationships in the game, inviting other players to join your camp - they might just help you succeed.

The store will also feature one free game every two weeks throughout 2019. Epic is funding these free releases so you always have something new to come and check out. The first free game will be Subnautica, available from Dec 14th to Dec 27th, followed by Super Meat Boy from Dec 28th to Jan 10th.

The Epic Games store will be growing throughout 2019 and beyond, as it opens up more widely to other games.
Show full description ▾

I read online about a lot of bugs that come with Epic Store. I used it the first time for Kingdom Come and now they gave GTA V for free...and no bugs occured so far. Epic Store is my new favorite Santa Claus!

Amazing, I am enjoying their special offers!

Wants to compete with Steam, doesn't have even 1/10th the features. Simply pays devs not to release on other platforms instead of developing their own to be competitive.
Very shady investors. Sweeney is so full of himself, no wonder he is as dense as he is.

Okay game store.
Not sure how legal they are yet.


Their main selling point to consumers is that they will be giving out a free game every 2 weeks throughout 2019. However, Humble Bundle probably beats them here too considering they have crazy bundles with really good games for $1 or ~5$ if you wanna beat the average and get some extra games. The two games Epic has already announced have already been in a couple Humble Indie Bundles anyways 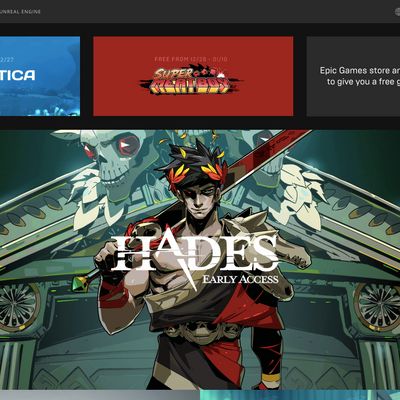 Our users have written 6 comments and reviews about Epic Games Store, and it has gotten 62 likes

View all
Epic Games Store was added to AlternativeTo by IanDorfman on Dec 7, 2018 and this page was last updated May 26, 2020.