BitTorrent is a peer-to-peer program developed by Bram Cohen and BitTorrent, Inc. used for uploading and downloading files via the BitTorrent protocol. BitTorrent was the first client written for the protocol. It is often nicknamed Mainline by developers denoting its official origins. Since version 6.0 the BitTorrent client has been a rebranded version of µTorrent. 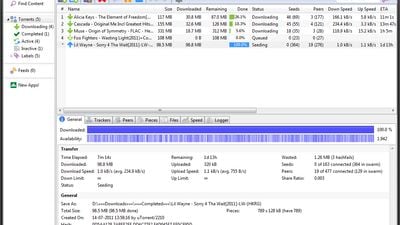 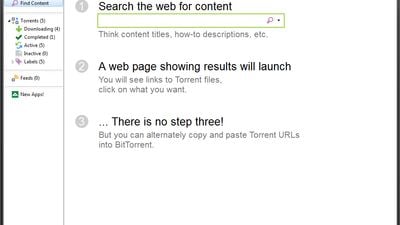 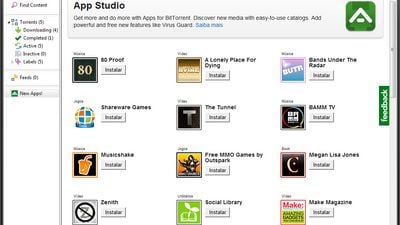 Our users have written 10 comments and reviews about BitTorrent, and it has gotten 132 likes

BitTorrent was added to AlternativeTo by RemovedUser on and this page was last updated . BitTorrent is sometimes referred to as BT.

It is great, gotta say it. Fast. I'd just implement the searching for torrents function that should be built-in, anyway i guess they have their reasons why they didn't.

Lightweight build. Possibility to access in browser. Quality video streaming before the file finishes downloading. Not many ads. Free.

This is the worst torrent-client, powered by greed. On December, 2018 is just an ad-overloaded crap machine (cheap ad banners!) without any capability to load torrents properly. NOT recommended.

There ads and its not open source. Better use qbittorent for desktop and libretorrent for android.

BitTorrent (along with µTorrent) are probably the best bittorrent client.

However it is equipped with ads. But you can disable ads by changing the configuration.

Another big problem is when I download with high speed, the BitTorrent (and µTorrent) use too much CPU resources. The other open source bittorrent client such as qBittorrent/Deluge use very low CPU when downloading at very high speed.

I'm suspicious BitTorrent/µTorrent use these CPU resource to mine CryptoCurrencies or doing other malicious thing.

it's only good when you buy ad-free version.

The Bittorrent installer also installs various malware to your computer. These are PUPs (potentially unwanted programs), such as Spigot and various extensions. It also alters some of your browsers settings. I immediately uninstalled this junk application and the PUPs that came with it. This will not stand. Stay clear of this application at all costs.