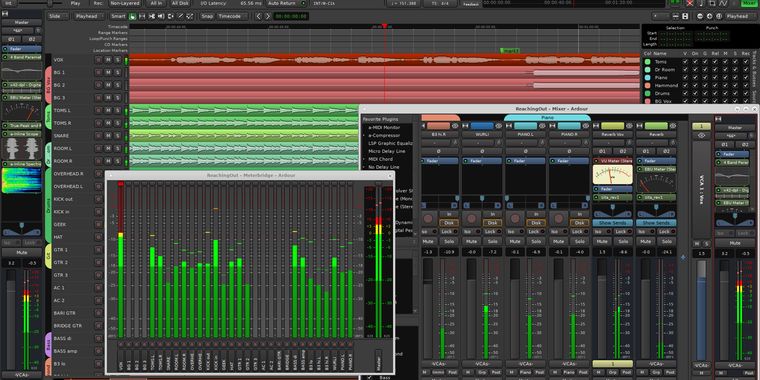 Version 6 of the Ardour digital audio workstation software has released, and it includes several new features and optimizations.

Ardour 6.0 focuses on internal engineering changes instead of user interface and visual design changes. Though it looks similar to Ardour 5.12, 6.0 includes major internal architectural renovations that make it a crucial update to audio producers that use Ardour for their work.

Major features for the latest stable release of Ardour include full latency compensation across and and every signal profile, a new resampling engine that enables support for global varispeed, cue monitoring that can listen to both existing MIDI data from your hard disk while also listening to whatever instrument or other input signal is currently plugged into your workstation, improved MIDI handling and plugin management, and more.

On top of these major features and expanded platform support, Ardour 6.0 also includes hundreds of smaller fixes and improvements across various aspects of the software, including plugin related functionality and Lua scripting.

Both pre-built binaries and the source code to build Ardour 6.0 itself is available via its official website.

Ardour is a hard disk recorder and digital audio workstation application. It runs on GNU/Linux, Mac OS X, and Windows....