What is Corel VideoStudio?

Previously I had been video editing with Kdenlive. I decided to change to VideoStudio X6 Ultimate and see how things went.

However, in Kdenlive if you start adding text titles or effects then the timeline playback becomes really laggy fast. In VideoStudio, after applying the Smart Proxy effect to the videos it is then able to handle video playback and effects on top without lagging.

VideoStudio doesn't handle .MKV, whereas Kdenlive does. That was a big difficulty for me at first, as .mkv is what I work with daily. Suffice it to say, you will NEED a video converter if you wish to work with VideoStudio X6 or newer. It also struggles with .AVI, but seems to work flawlessly with .MP4 and the H264 codec thus far.

While Kdenlive has no GPU rendering capabilities whatsoever (whether CUDA or OpenCL), VideoStudio claims to have the ability to pass loads onto the GPU. The problem here is that it is only with a very select few Nvidia and AMD cards. They do not list them down, so it's hit or miss. VideoStudio X6 is UNABLE to make use of my high-end GTX 680, which is very disappointing.

If attempting to render to a different format than the source video file, I have found that VideoStudio will have preposterous rendering times (an .AVI to .MP4 took me 12 hours, despite being 27 minutes of video only). This issue does not exist in Kdenlive thus far.

So, the general steps to working with VideoStudio are generally more tedious than the drag-and-drop and edit with Kdenlive. However, VideoStudio offers higher-grade effects for both text and videos. Being able to move a video or overlap them, whilst applying a multitude of effects with just the mouse in the preview window is very good.

The places VideoStudio needs to improve from here on out is decreasing render times, providing more format support (in this case .MKV) and properly supporting the ability to offload work to the GPU.

For the price, it is ok thus far. Only time will tell whether I am able to turn a profit with this software.

Said about Corel VideoStudio as an alternative

It is stable, fast and very complete. The UI is simple, clean and clear.
Positive comment • over 3 years ago • as an alternative to

What's on My Workstation 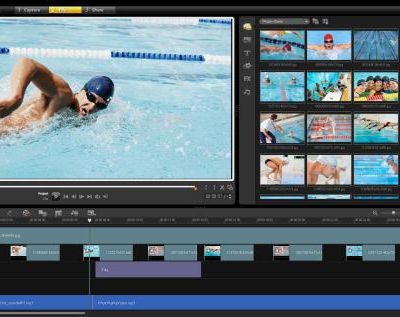 Our users have written 1 comments and reviews about Corel VideoStudio, and it has gotten 33 likes