The KMPlayer is a versatile media player which can cover various types of container format such as TS (also from Technisat Digicorder), VCD, DVD, AVI, MKV, Ogg Theora, OGM, 3GP, MPEG-1/2/4, WMV, RealMedia, and QuickTime among others. It handles a wide range of subtitles and allows you to capture audio, video, and screenshots in many ways. For playing TS-movies from the Technisat Digicorder you need the KMPlayer.
Show full description ▾

Be careful during installation. Forum

Simple, tiny, and no-nonsense players are definitely worthwhile apps -- particularly Media Player Classic - Home Cinema which I find is the perfect go-to app on the (very) rare occasion that KMP has playback issues -- but KMP deserves way more credit than it's gotten. At least it's finally been getting lots of likes here on aTo in recent times, but its interface is WAAAAAAAAY more functional, intuitive and user-friendly than all the over-hyped apps like VLC and MPC. The Winamp-style playlist editor alone makes it the superior app as it blows just about every other media player's playlist management abilities out of the water.

And yes, while the KMP Options dialog has a staggering amount of configurable settings of which many are highly technical and beyond the average user, they can safely be ignored since the player works out-of-the-box with a level of reliability that rivals any other player out there -- MPC-HC and VLC included. However, on the note of KMP's Options dialog, I do have to note one negative: it's poorly organized. Advanced/power users who love to tweak and tinker with software will likely be initially frustrated when starting out with configuring KMP until they get used to the quirky tree layout of settings. To be fair, the app does have hundreds of configurable settings that control nearly every aspect of media playback on a level that even a seasoned software developer would have a heck of a time trying to organize, so I feel for KMP's devs, but the problem is that Options dialog has been kind of a mess going back many versions (for years now) and the issue has yet to be addressed. Again, this has little to no impact on users who just want their player to play whatever they throw it with no hassles and have no interest in digging around in the guts of the app.

The latest version is loaded with forced prompts to upgrade and also adware. Now I'll go with VLC.

It doesn't work with Catalina because it's a 32 bit application

new version 64x fix the issues and its very better then before . no ad .no error , support better 4K.

it's my favorite programme 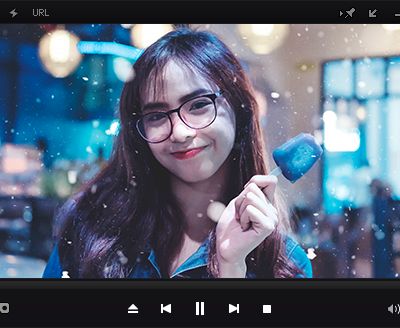 Our users have written 25 comments and reviews about KMPlayer, and it has gotten 461 likes

View all
KMPlayer was added to AlternativeTo by Magius on Apr 15, 2009 and this page was last updated Mar 29, 2021. KMPlayer is sometimes referred to as KMPlayer, KMP, The KMPlayer.