SmartFTP is an FTP (File Transfer Protocol), FTPS, SFTP, WebDAV, S3, Google Drive, OneDrive, SSH, Terminal client. It allows you to transfer files between your local computer and a server on the Internet. With its many basic and advanced Features SmartFTP also offers secure, reliable and efficient transfers that make it a powerful tool.

I've been using SmartFTP for several years and I've been more than satisfied with its performance & support. In the beginning I had problems with slow speeds but thankfully customer support responded quickly and suggested increasing the multi-parts transfer setting which fixed the problem. Now my transfers are fast and secure! I've been using it ever since with no other issues.

One downside to SmartFTP is the fact that the cheapest license (Professional) is $69.99 USD. The security, reliability, and customer support make up for the hefty price tag.

Go here and read; https://www.trustpilot.com/review/smartftp.com
..
You may or may not read about how he's stripped out features and moved them to higher priced tiers. So, if you used version3, you had thumbnails and email notifiers..etc etc.. and then if you paid for upgrades ..all of his insane upgrades... you'd have paid way tooo much while you lost features which would force you to pay even more to get the features back!!! The Smart FTP business is less reputable than a used car lot under a dark bridge in a 5th world country ran by Mad Max's enemies.
Ask around about how he used to send updates online, where your licensed version 2 or 3 was allowed to update to version 3 or 4 in a simple click..and then not work because your license was for previous version(which is ok if you expect to be treated this way-> read->)... so, either pay for his version of ransomware(pay upgrade or lose access)..or hope that you saved the v2 or v3 installer because he never saved them anywhere on purpose and in fact..he went through the web and forced old version removals to ensure you could not download them from cnet or ANYWHERE!!!!!
Then there was the 64 and 32 bit scam he used.. where he disallowed running 32bit installer on 64bit OS... so once 'the norm' went to 64 bit, you had to upgrade.. and when he was asked why, by a knowledgable user, he banned the user. Just outright banned them. No reason , no reply, just banned them.


Read the reviews here... it's believed by almost all previous users that SmartFTP is an intentional scam that is designed to have excuses that allow them to justify bullsh*t to themselves.. Like a dirty lawyer.

Avoid this company at all costs.
Just don't bother with them.
Research this company's history and forums... Worst and most rude assclowns in existence.
-- Add to it that many people believe these guys did intentional fraud major revisions for upgrade pricing (including breaking support for win10 only to fix it in a PAID UPGRADE)..
YA, .....AVOID THESE CLOWNS!!

I agree with you - They, or the one man band - does not perform to the correct tune

Agree, I have used them for about 10 years and they deliberately force you to upgrade whenever windows upgrades - the software just stops working (everytime) and that is for most minor upgrades as well. Also they never let you know when an upgrade is available, if you don't check yourself you lose out! Drives me nuts when I log in only to find smartftp no longer works and I first have to upgrade to get it working again. They don't even bother to email or popup a message in the software to alert an upgrade is available. They make no effort to be proactive or "smart" with their customers. I have an enterprise license and it is getting ridiculously expensive as there are many good free alternatives so I am not in a rush to upgrade again.

I used to like SMARTFTP and I bought a Perpetual licence. It means never to expire. They have now deleted my licence and told me to buy a new one. I sent them three emails but to date the did not even bother to come back to me. I am looking for a new FTP program as I shall not let them bully me into a new licence. 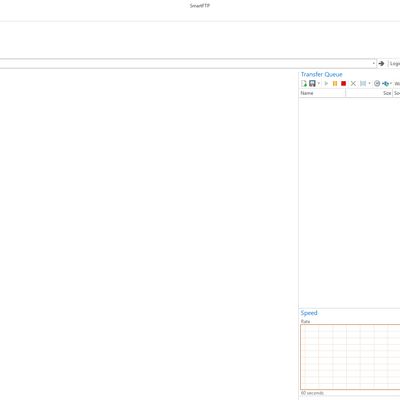 Our users have written 3 comments and reviews about SmartFTP, and it has gotten 27 likes