What is Microsoft Exchange Server?

Microsoft Exchange Server is a messaging and collaborative software product developed by Microsoft. It is part of the Microsoft Servers line of server products and is widely used by enterprises using Microsoft infrastructure solutions. Exchanges major features consist of electronic mail, calendaring, contacts and tasks; support for mobile and web-based access to information; and support for data storage.
Show full description ▾

Microsoft Exchange has been described as "the only reason why most businesses don't move to Mac" and the person who wrote that might have been right (before Windows 7 was released). Exchange is a fantastic tool for keeping all of your devices in sync as well as keeping your team in sync at the same time.

Microsoft has poured a ton of resources to keep Exchange competitive in a market where there are few other competitors and they've done a good job of keeping new features and compatibility rolling in as the years roll on.

The worst thing about Exchange is the need to either have a full-fledged Windows Server to run it on (several thousands of dollars if executed correctly as well as a few hundred per month to pay an IT guy to keep it patched and ready to go) or you have to commit to an online Exchange Hosting Service to reap the benefits. (The second option is usually the one that I recommend unless you have lots of money or a large team - Apptix does a good job of Hosted Exchange - shameless plug: http://www.apptix.com/default.asp?spid=2000001097 )

I would love to see a viable alternative with as many associated supporting professionals enter the marketplace but at this time Exchange is still the champion.

(For the record; I operate my own company using Google Hosted Apps and we love it!)

Apple has made macOS fairly compatible with Microsoft Exchange Server within the past 5 or so years. From Active Directory integration for login, to mapped network drives for Sharepoint and the native Mail, Contacts and Calendar apps work well with the Exchange Server. Not to mention Microsoft Office for macOS has received some aggressive updates. 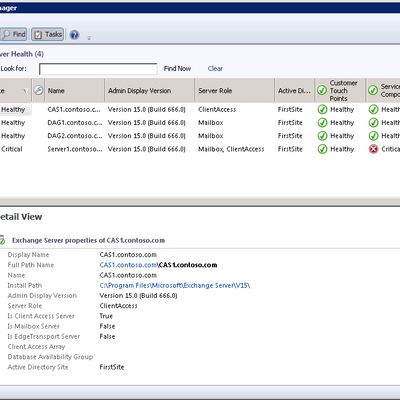 Our users have written 1 comments and reviews about Microsoft Exchange Server, and it has gotten 17 likes