GNU LilyPond is a computer program for music engraving. One of LilyPonds major goals is to produce scores that are engraved with traditional layout rules, reflecting the era when scores were engraved by hand. It uses a simple text notation for music input, which LilyPond interprets and processes in a series of stages. In the final stage, music notation is output to PDF (via PostScript) or other graphical formats, such as SVG or PNG. LilyPond also has the facility to generate MIDI files that correspond to the music notation output.

LilyPond is a text-based application, so it does not contain its own graphical user interface to assist with score creation. It does, however, have a flexible input language that strives to be simple, easing the learning curve for new users. LilyPond adheres to the WYSIWYM paradigm; the workflow for typesetting music notation with LilyPond is similar to that of preparing documents with LaTeX. 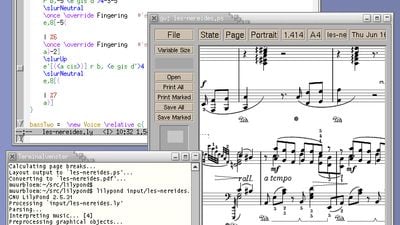 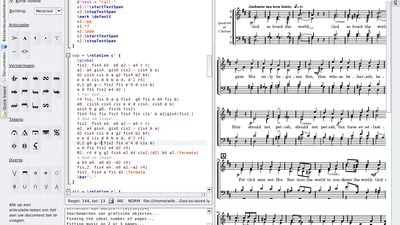 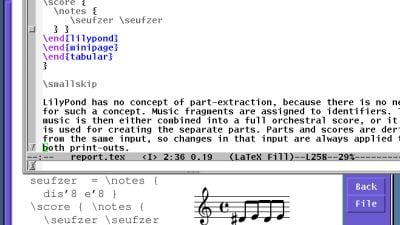 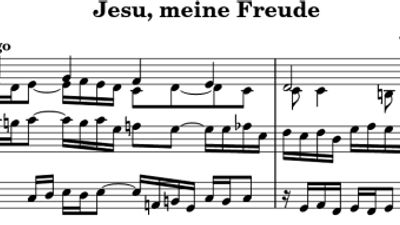 Our users have written 1 comments and reviews about LilyPond, and it has gotten 41 likes

LilyPond was added to AlternativeTo by Kahlil88 on and this page was last updated .

Said about LilyPond as an alternative

Lilypond provides everything a graphical interface such as Musescore could provide and more. The fact it uses a markup language to export a pdf. MusicXMl, midi, or svg from makes it extremely accessible. The learning curve is a bit harsher, but it pays off so much.

You have full control over the engraving and score edition process and the results are the best available.