Kubuntu is an official "flavor" of

Ubuntu that uses the

KDE Plasma desktop environment. This gives it a completely different look and feel.

Kubuntu was sponsored by Canonical Ltd. until 2012, and then directly by Blue Systems. Now employees of Blue Systems contribute upstream, to KDE and Debian, and Kubuntu development is led by community contributors. During the changeover, Kubuntu retained the use of Ubuntu project servers and existing developers.
Show full description ▾

The aesthetics are more familiar for myself than vanilla Ubuntu, plus I use a ton of KDE apps like Krita and Kdenlive which feel native here. Most importantly for me though, there's a KDE extension for live wallpaper that feels native as well. It works seamlessly across multiple desktops and has no issues with compositor effects unlike previous attempts. Not everyone likes video as their desktop wallpaper, but it's a nice feature and one that can potentially improve the desktop experience substantially. For example, someone new to Linux could have a video on their desktop that highlights keyboard shortcuts or shows helpful commands for the terminal.

Unfortunately, many KDE extensions are now buggy or old enough that they don't work anymore. KDE also seems to have a few extra issues with bugs that Gnome doesn't share. For myself at least, it's all drastically improved since KDE's earlier days. KDE's now receiving significant attention through funding so the future looks especially bright.

Kubuntu is the best flavor of Ubuntu. If you are new to linux universe, try this OS. It's free, open-source, and the community are huge (the best thing to a newcomer who wants help when it needed).

the best performance / eye candy ratio. Has everything working.

fast, stable and highly customizable. support is easy to find

The simple Ubuntu just remembers me to a certain Borland product from the 90's called 'Turbo Vision' - what was a DOS-based developing system characterized by an infobar on top and bottom of the screen.

But Ubuntu with KDE is another world: it looks like Windows, just the same feeling - modern and practical.

The only negative point, that I know were:
It doesnt display the renaiming time of the battery.... :/ 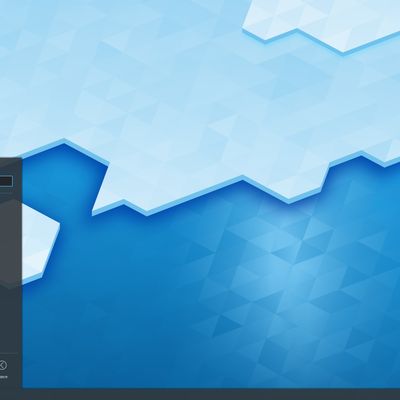 Our users have written 7 comments and reviews about Kubuntu, and it has gotten 250 likes