When I went to its website, extremely loud music automatically started playing. DO NOT WANT.

It's just one among the many such services competing for the western listener's ear - last.FM being the most popular among such.

Their music collection could seem overwhelmingly varied to the limited repertoire of Anglophones - and hence a preponderance of U. S. tastes - but to a polyglot citizen, of a multilingual nation, like me, it's as appetising as U. S. cuisine. Notice that I use the geographic indicator "U. S." and not "American" because the Americas are far more larger than just the sovereign federation of the U. S.

They are pitching as their USP (Unique Selling Point) playlist determined by the human circadian rhythm - something that the national radio in my country has been doing for the past 70 years! Anyway, it's novel for the plebian-taste U. S. audience.

Verdict: This service may hold appeal to U. S. audiences as well as those in their sphere of cultural influence. For the rest of us, there is a far wider choice available in WinAmp or VLC -- if you didn't know about that, go play with them. 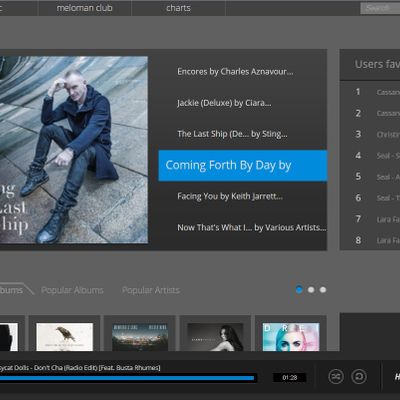 Our users have written 2 comments and reviews about iMusic.am, and it has gotten 2 likes