Fast file uploading from a local computer to an FTP server!

The Hitonic FTPSync application is designed to fast update (synchronize) files on an FTP server. The application scans directories on a local computer and on the FTP server. Then, all the needed changes are shown on the screen. You can update the files in a few clicks.

This software tool is useful for webmasters, who develop websites on their local computers, and then upload the changes to production servers by FTP (File Transfer Protocol).

Main features of the application: 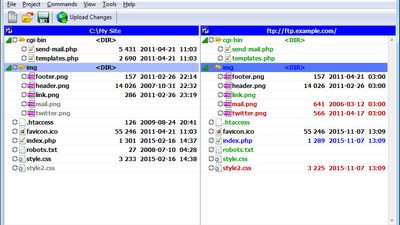 Our users have written 0 comments and reviews about Hitonic FTPSync, and it has gotten 1 likes

Hitonic FTPSync was added to AlternativeTo by Hitonic on and this page was last updated .