Giada is a free, minimal, hardcore audio tool for DJs, live performers and electronic musicians. Just pick up your channel, fill it with samples or MIDI events and start the show by using this tiny piece of software as a loop machine, drum machine, sequencer, live sampler or yet as a plugin/effect host. Giada aims to be a compact and portable virtual device for Linux, Mac OS X and Windows for production use and live sets.
Show full description ▾

I can say without a single doubt, this is the least user friendly software of all time.

I have a looping pedal and all I wanted is to do the very same thing on a pc with multiple tracks instead of only one.

Now good luck with that. You got buttons without tooltips (There are seriously 3 different circle buttons and "R", how am I supposed to know what is what without tooltips??? What kind of weird combination of those makes me record some random input in a loop?), blinking text ("TAKE-4 is blinking now after clicking around angrily when it just wouldn't do this very simple thing. wtf?), error messages that don't relate to the user interface in any way "no channel armed for recording", like, what is that supposed to mean? What is an armed channel? Seriously? You could have added a text that says "click here and there" but no.

The "M" button might be a "Monitoring" button. It has two states: gray medium and dark grey. It just lets me make a wild guess if that means on or off, how am I supposed to know that? To the developers of Giada: I recommend you this: userinyerface

First start: "Your soundcard isn't configured correctly". How this sounds like to me: "Your pc/jack/alsa is broken". But oh wait, it's actually Giada that is not configured correctly, not my soundcard! Because I can make this error go away when selecting something other than "(none)" as soundcard. Seriously people-who-made-Giada? Are you serious?

Who would make a user interface like this? I know I'm being super toxic and blabla, but I just can't stand computer scientist/programmers who want to avoid thinking about user experience and user friendliness as much as possible. Like, who do you think are you writing software for? For your small group of people who know all this stuff because they made it? Or for random people who just turn on their pc to have fun?

And it even crashes when setting it to jack with "segmentation fault".

This is just crazy.

1 year later, took me only a few minutes until I got more segmentation faults and freezes. They have tooltips now though, wow... They should have done that 9 years earlier but well, better late than never. 10/10 would rather spend a grand on dedicated hardware or a mac with ableton live instead of using this for free.

Another 6 months later: It took 10 minutes or something to find the first bug. The context menu on the channels wouldn't open.

But, oh wow, it didn't crash with a segmentation vault this time? "Progress" 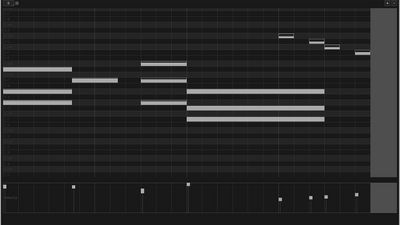 Our users have written 1 comments and reviews about Giada, and it has gotten 5 likes