What is FastPictureViewer Codec Pack?

We create .psd files with Gimp 2.10 and Autodesk Sketchbook 8.6.0 running on Windows 10. Windows File Explorer and XYPlorer file manager do not show thumbnails or previews of these .psd files. Several forums pointed to the FastPictureViewer Codec Pack as the solution to this problem.

We Purchased and installed the FPV Codec Pack in early 2019. It does not generate thumbnails or previews of our .psd files. Emails to the program author receive no response. There is an FPV user forum, but no activity for a year. If FPV Codec Pack does anything, it is not anything we have been able to observe.

Works without a glitch in Windows 10 20H2, at least with the tree formats I use it for: psd, ai and eps.

Worked as well as I could expect it to until a recent Windows 10 install. Now, it refuses to accept my serial number and support is non-existent. Find something else.

Used to be so wonderful! FastPictureViewer Codec Pack used to flawlessly display previews thumbnails for PSD, AI, PDF, camera RAW, and more--and also enabled you to preview them in programs like Windows Photo Viewer. Those were the good old days.

But then along came the version 1709 update for Windows 10, and with that, the good old days were gone. Since then, PSD, AI, and PDF thumbnails have no longer image previews (RAW files still work just fine).

I contacted support asking whether the codec pack would be updated to support this new version of Windows 10, but it's been months, and in spite of repeated emails, I haven't heard back.

So now it's with a heavy heart that I am uninstalling FastPictureViewer Codec Pack and looking for an alternative. (So far nothing has even come close.) 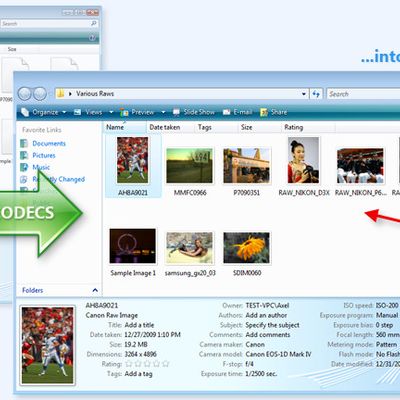 Our users have written 4 comments and reviews about FastPictureViewer Codec Pack, and it has gotten 1 likes

View all
FastPictureViewer Codec Pack was added to AlternativeTo by hbeier on Jan 22, 2011 and this page was last updated Oct 5, 2017.