What is Desktop Restore?

It records the layout and positions of icons and programs on the Windows Desktop, and permits restoration of the layout. It appears to operate correctly under Windows 98, Windows ME, Windows 2000 and Windows XP. There have been several reports that it works correctly under Windows Vista as well.I wrote this program after severe frustration of having my layout trashed every time I switched screen resolutions. Sometimes other programs will switch screen size and trash your layout as well. This program is an answer to this problem.

This tiny application operates as a Shell extension.

Very useful, if you have virtual machines or notebooks, where screen size or resolution often changes.

Desktop Restore memorizes separately the exact position of all the icons on the desktop for each one of the available screen resolutions. Thus, allowing the user to restore the look of the desktop. How many times have you changed the desktop resolution and discovered that all the icons were lying scattered over the desktop in an anarchic way? There is no longer a need for this to happen again, simply use Restore Desktop, which thanks to its specific functioning and lack of unnecessary components is really small, and has an automatic and clean operation. 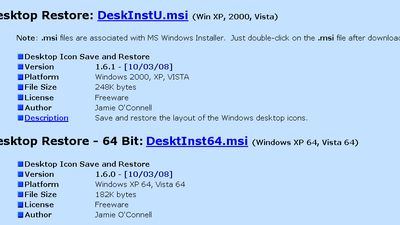 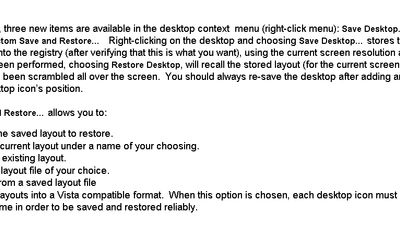 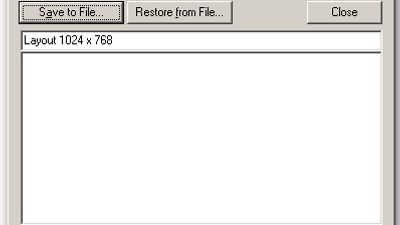 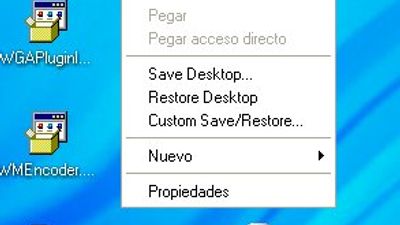 Our users have written 0 comments and reviews about Desktop Restore, and it has gotten 7 likes

Desktop Restore was added to AlternativeTo by Nostradamus on and this page was last updated .