Potplayer is a minimalist media player that has an extensive range of configurable options to choose from and lots of functionality.

The application supports Blu-ray, DVD, Audio CD, and countless other media formats. It can be configured to work with various devices such as TV or HDTV, and supports Direct3D9 Ex Flip Mode and Overlay.

Other features:
- You can take snapshots of the media you are viewing and save as a JPEG file.
- No need to install different codecs all the time when using the player.
- Provides the maximum performance with the minumum resource using DXVA, CUDA, QuickSync.
- Immersive Viewing Experience with 3D.
Supports Various Subtitle Formats.
Show full description ▾

Several antivirus detect a potentially unwanted application (adware) PUA.FusionCore in the file F.dll dropped by the installer of PotPlayer in the Temp folder. Once that file is blocked by the antivirus, the program is installed with no problems and ads.

Are you looking features-rich media player, which at the same time has intuitive and good UI, nice design which not stuck somewhere in 2005, and at the same time lightweight? PotPlayer is totally for you. Look screenshot below. It uses less then 100MB while playing big video while, without lags, with tons of filters for video which making video much better. It support really million of different options which make your any video looks and sound like you like. It support 3d, it has good skins, and it support mostly ALL video formats. If you are looking for better MPC-HK or VLC alternative -> PotPlayer is your choise.

KMPlayer is dead as in dead, the original other left the development long time ago and its development has stopped, its developer however started another project called POTPLAYER, which is in my opinion KMPlayer improved+features.

PotPlayer is a comprehensive freeware video and audio player, that also supports TV channels, subtitles and skins. Done by the same Korean author as The KMPlayer. It works w/ madVR/HR/EVR and Reclock of course…it’s a much improved/faster version of KMPlayer, including ffdshow and some other stuff to connect to a Korean-only video/chat network. Plenty of features and rich customization. It gives its users great control over its functions, allowing modification of the video speed, adjusting the audio volume, decrease or increase contrast and brightness. Also, several skins are available so that users can match the appearance of their video player to the theme of their OS. Player contains internal codecs and there is no need to install codecs manually.

There is Norton bundleware in the installer. To avoid installing it, uncheck the box that agrees to the Norton terms and conditions and click the accept button. Giving this piece of crap 2 stars for the audacity of using bundleware in 2019

Edit: as of December 2019 potplayer is now serving pop up ads and I recommend no one install it

Another way is to disable the internet before installation.

I haven't seen any "Norton bundleware" in this app, but the popup ads are true. Still, this is nothing that a firewall cannot fix. And besides, PotPlayer is simply the best. If we don't install it, what must we use? "Movies and TV", Microsoft's sorry excuse for a media player, which also serves ads?

Be that as it may, freeware apps need a way of supporting their development, keeping the lights on, and pay the electricity bill.

used to be one of my fav players to use but with the recent ads they added to it i switched over to km player with no problem and no ads whatsoever. i don't recommend potplayer anymore. time to find an new player. good luck tho!

PotPlayer is the fastest, most feature-rich, and most viewer-friendly player out there. It is centuries ahead of the competition, namely VLC Media Player, KMPlayer (which is now dead), Media Player Classic (whose UI is as old and musty as Windows 95), GOM Player (the second best), and WinAMP! PotPlayer can play almost any file format. So far, the only video format that it doesn't play is Bink Video version 2!

PotPlayer has a mild ad problem: Once in each session, it tries to display a pop-under ad the size of a Windows 10 popup notification. Well, freeware developers need a way to cover their expenses.

I used VLC for years, I had no idea that there was this perfect free thing waiting for me!

The best video player. I was using vlc but after i tried PotPlayer i can say that this one is much better! I like that you can click 0 and zoom to make it fullscreen if there black bars. 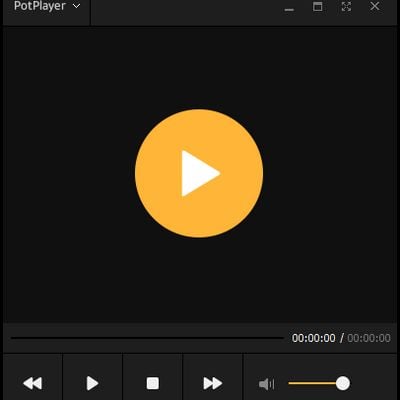 Our users have written 60 comments and reviews about PotPlayer, and it has gotten 628 likes

View all
PotPlayer was added to AlternativeTo by klischee on Jun 28, 2010 and this page was last updated Sep 27, 2021. PotPlayer is sometimes referred to as Daum PotPlayer.