A handy, intuitive reference-managing tool. Citavi researches in over 4800 databases and catalogs, organizes and structures your literature, references, quotes and idea collections and assists you with your documentation or publication. 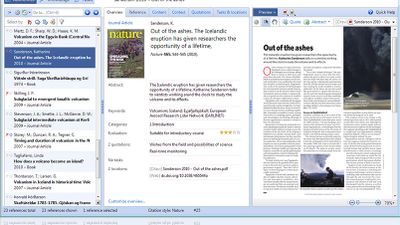 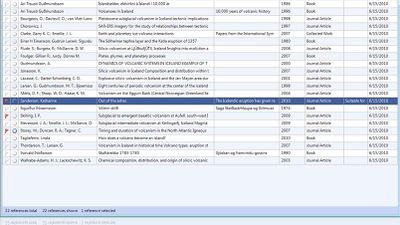 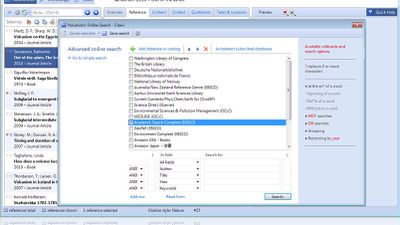 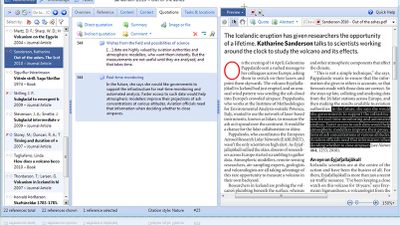 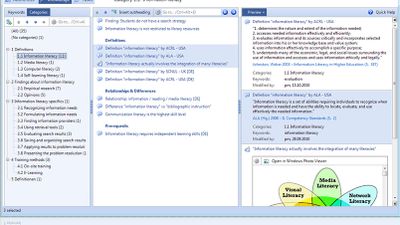 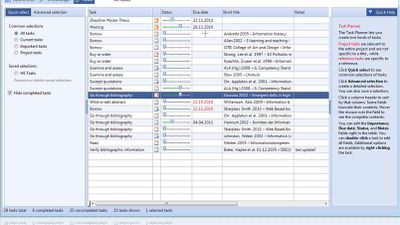 Our users have written 8 comments and reviews about Citavi, and it has gotten 46 likes

Citavi was added to AlternativeTo by Klaudia on and this page was last updated .

Very good program with many useful features but first of all fantastic customer support! I needed a function that was not available in the standard version. My request was answered within minutes and a few hours later I had installed a macro which allowed me to do everything I wanted to. I have never experienced such a good customer service before! Absolutely recommendable!

Unlike others, I have had no problems at all with Citavi. It's my main reference manager, although I use Zotero and some other notetaking software too. The cost is reasonable - all of these things can be very expensive but this is at the lower end of the range. You can also buy Citavi outright, rather than pay a subscription forever. It has all the features I need and fits in with the way I work. The portable version is very handy as I can carry all of my research with me on a USB key.

Update (now 2 stars): I liked Citavi 5. Perpetual license was $119 for personal use. It could be installed on multiple PCs. Data was saved locally--not in the cloud (could sync p2p via syncthing). Great ability to take cited texts and references and move around in outlines. Also, flexibility to create your own style of citation. Now, version 6 perpetual and the web subscription version don't appear to include a "personal use" category, but have student, academic, gov't/nfp & commercial, and it costs more money. Now, I'm trying to do more with Juris-M (Zotero variant), since it allows for cloud free usage, multiple installs, is free, and runs on multiple platforms, including, Linux, which I prefer. Unfortunately, Juris-M & Zotero don't seem to have the same outlining functionality as Citavi, and there is more of a learning curve for creating your own citation styles. (What I would really like is a Linux version of Citavi that stores data locally only and is <$150, but that clearly is not the direction that Citavi is going.)

Very easy to handel. I could implement the unique citation style of my university and the support is very helpful.

easy to use, great structure, and perfect support if a problem comes up!