What is Audio Sliders?

Audio Sliders is a audio control panel that is much smaller than and yet far more feature-rich than the standard Windows version. Features include... basics adjustment of volume/bass/treble levels; preset storage of different audio levels for different tasks; customizable global hotkeys for adjusting levels and trigger presets customizable on-screen display as an alternative to the main control panel; support for systems with multiple sound cards; and a skinnable interface.
Show full description ▾

The only real alternative to Audio Sliders -- aside from the standard volume control panel that's built-in to Windows -- is 3RVX, and they're very similar apps.

On one hand, I think Audio Sliders has better features (and more of them) and has a slicker interface than 3RVX. On the other hand, some of those features are only available if you buy the full version of Audio Sliders whereas 3RVX is pure freeware. 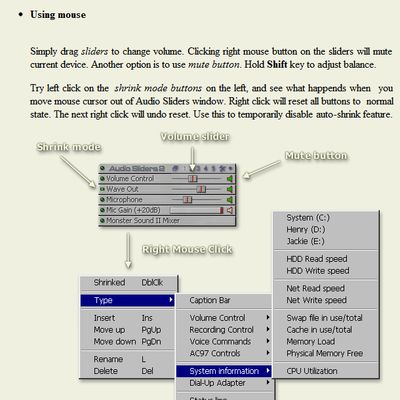 Our users have written 1 comments and reviews about Audio Sliders, and it has gotten 2 likes

View all
Audio Sliders was added to AlternativeTo by musichemyst on Apr 17, 2011 and this page was last updated Jan 16, 2022.