Antergos, as its father,

Arch Linux , is a rolling release distro. It started life under the name of Cinnarch, combining the Cinnamon desktop with the Arch Linux distribution, but the project has moved on from its original goals and now offers a choice of several desktops, including

Project has been ceased. See https://antergos.com/blog/antergos-linux-project-ends/

Should you choose Manjaro or Antergos?
Manjaro and Antergos are both superb Arch-based distros.* (I have spent about 6 months with each.) If you know you want to choose one of them, but don't know which to go for, here are some points that might help you along. But it really comes down to tiny details, so if you flip a coin, you won't lose out much. For example, you can in 99.9% of occassions use advice from the Manjaro forum for solving Antergos problems and vice-versa. Note also that, ultimately, Manjaro and Antergos have the same guts and that, in the overwhelming majority of cases, you could overcome any particular perceived shortcoming of one to make it more like the other.

Go for Manjaro if...

Go for Antergos if...

Said about Antergos as an alternative

Recently discontinued apps •  All The Things! •  apps for linux 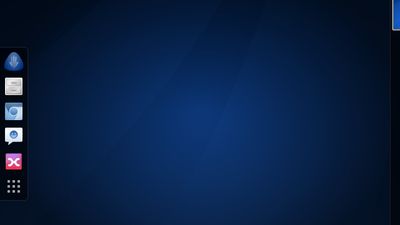 Our users have written 2 comments and reviews about Antergos, and it has gotten 51 likes

View all
Antergos was added to AlternativeTo by impossible on Nov 13, 2013 and this page was last updated May 11, 2021. Antergos is sometimes referred to as Cinnarch.