5KPlayer is very user-friendly, play things smoothly and download videos from most sites I like. the AirPlay function is also very useful.

Has AdWare! DO NOT INSTALL!

there isn't any adware on it. Feel free to reply telling exactly what kind of adware you found.

DO NOT INSTALL this app. First of all it couldn't cope with my modest collection of c. 40K tracks. It crashed every time. Secondly, having decided to uninstall it I later discovered it's still there on my PC, as a hidden app, working in the background doing god knows what. The developers should be ashamed of themselves for this level of deceit.

Lightweight, free, and could receive AirPlay movie from iOS device.

5kPlayer is a disgraceful and shameful application which doesn't stride for what its intentions are. It informs you that it can display and airplay from your PC or Mac to your Apple TV. However, it does not do that on any level. It only converts Youtube videos, mp4's, mp3's, videos, and audio files of those sorts, to other formats, so that they may be accessed easier and shown in better quality for Apple TV. However, when trying any of the functions it says it does, they, however, do not work, and the quality is worse. It also infuriated me when I found even after closing it, it stays open in the background of my computer, hidden under "hidden icons". I would call this adware as well as it opens up when you start your computer immediately. It is the worst of converters as there are converters online, as well as the Apple TV part of it is a sham. Also, AirPlay for Apple TV is already a function on mac, so having the availability built-in is useless. I shall never buy this excuse of an app again!

the hidden part can be changed in the settings. This app does not convert videos at all. So idk where you got that info 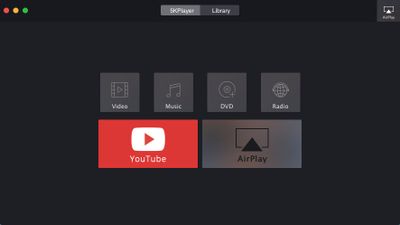 Our users have written 5 comments and reviews about 5KPlayer, and it has gotten 21 likes