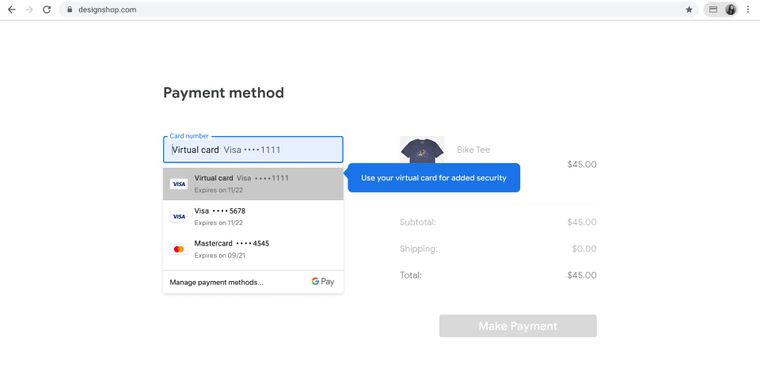 Google's I/O 2022 conference included the announcement of a convenient security feature for its flagship Chrome web browser in the form of native support for virtual credit card numbers.

Privacy.com in facilitating safer online payments. After enrolling your eligible credit or debit cards on pay.google.com, you will be able to use it without inputting their card information through the use of virtual credit card numbers.

Virtual card numbers that are generated per transaction via eligible services will be provided via credit card networks directly, as Google will be partnering with them for this functionality. They will be autofilled on compatible sites and payment forms accessed via Chrome, and the functionality will first be implemented in the desktop version of the browser. It'll later be added to the Android and iOS version as well.

Virtual card autofill for Chrome will launch in the United States this summer, supporting American Express, Capital One, and Visa credit cards, with MasterCard support slated by the end of 2022. Though no release information has been detailed, the functionality will launch internationally down the line as well.

A free web browser developed by Google from the open source <img...