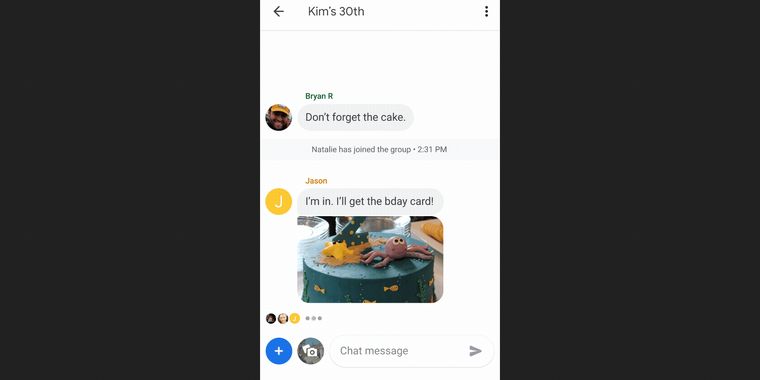 Google is apparently tired of waiting on wireless carriers and is taking the rollout of the successor to SMS text messaging into its own hands.

According to a report by The Verge, the search engine giant and manger of the

Android mobile operating system is done waiting on the machinations and politics of cell service carriers and phone makers that have been preventing the proliferation of Rich Communication Services, the text messaging protocol that is set to succeed short message service text messaging. RCS is decidedly more modern than SMS, and includes features that you can find on most messaging services in use today, including increased visual fidelity for attachments, read receipts, and typing indicators.

One of the major caveats to RCS, however, is that it is not end-to-end encrypted like popular alternatives to text messaging such as

Signal. This will make some of the more staunch privacy advocates reasonably weary of coming back to text messages for any sort of convenience; for those users, it simply isn't worth compromising privacy for basic quality of life improvements that are present in the dedicated chat programs they've been using for years.

In addition to the lack of end-to-end encryption, it also remains to be seen whether Apple will adopt RCS in lieu of standing by traditional SMS messaging when iPhone owners text those outside of Apple's ecosystem. Apple's

iMessage service (which features end-to-end encryption) has been a proverbial feather in the company's cap, and it is uncertain how Apple views RCS in relation to iMessage's identity as a differentiator from the comparatively spartan SMS text messages for Apple device owners.

Google Messages app "throughout the year" in multiple countries, with a notable lack of commitment to which regions will receive this support and precisely when.

Messages is Google's communications app for

Android to helps send and receive SMS and MMS messages. You can also send group texts as well as your favorite pictures, videos and even audio messages to your contacts.