What is Zimbra Desktop?

The free Zimbra Desktop client allows you to meld the online and offline worlds – storing and synching your email, calendar, contacts, files and documents in the cloud, yet having them locally accessible when on the road. Zimbra Desktop aggregates information across accounts (Zimbra, Yahoo! Mail, Gmail, Hotmail, etc.) and social networks (Facebook, Digg, Twitter, etc.) to help make communicating & sharing information easier than ever.

Zimbra Desktop also manages your Contacts and has a Calendar, Document editor, Task list and Briefcase for storing all your attachments.

From download page: "The Zimbra Desktop is no longer supported. It will reach the end of Technical Guidance October 1, 2019.".

I installed this application just to try it, as I do not like GNOME politics so much. I believe in the configurability of applications.

Zimbra is extremely difficult to install under a 64-bit linux (debian). To begin with it requires the obsolete ia32-libs package.

I managed to get around this by installing various other i386 package in multi-arch, but it still failed until I traced the program to see what it was looking for.

Once I installed the other dependencies it still hung until I put a 32-bit java JRE in my PATH ahead of the normal 64-bit version. This was just a guess on my part after I tried a lot of other things.

Short answer, if you are on a 32-bit system, this might actually work. The interface is nice if a bit slow, and I would like it better than evolution if it didn't require so much mess.

I have to recommend against zimbra desktop under linux until it's updated to deal with modern installations on modern hardware.

on the publisher's download page, I can read today: The Zimbra Desktop is no longer supported. It will reach the end of Technical Guidance October 1, 2019.

S/MIME is only available in the commercial ZCS Network Edition and thn only in the Advanced Zimbra Web Client.

If you write an eMail with Zimbra Desktop, is not possible to paste a picture or ScreenShot from the clipboard into the new Mail or to store a Mail as txt-File. Both are possible with Thunderbird or Outlook. Storing as txt-file is not reliable with Thunderbird, only with Outlook. 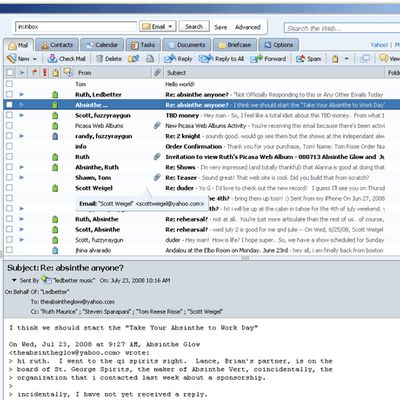 Our users have written 4 comments and reviews about Zimbra Desktop, and it has gotten 31 likes

View all
Zimbra Desktop was added to AlternativeTo by Aerialsky on Apr 17, 2009 and this page was last updated Apr 27, 2019.