An easy, efficient way to type foreign characters on your PC. 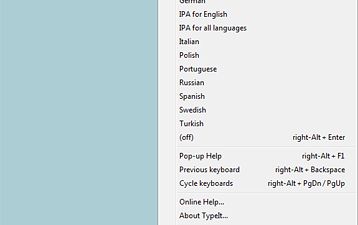 Our users have written 0 comments and reviews about TypeIt, and it has gotten 1 likes

View all
TypeIt was added to AlternativeTo by out on and this page was last updated .