Nowadays especially, security is key, and we are on the forefront of secure and easy data hosting, sharing and collaboration.
In times of information leaks and data espionage TeamDrive keeps your privacy safe.
TeamDrive makes teamwork over the Internet easier than ever!

TeamDrive’s intelligent software enables the fast, simple, secure, and automatic exchange of data between multiple PCs or notebooks over the Internet. A group of users can have online, as well as offline, access to the same data at any time, without administrative expenses or security risks. 2 GB free hosted server storage. The TeamDrive software provides a virtual network drive in the users' workspace. With this virtual drive, the user can securely exchange documents and files with any personal friends or co-workers. To use TeamDrive, only client software is necessary for the PC or notebook. You don’t need your own server or server software to become a member of a shared Space.

With TeamDrive you have the free choice to use cloud storage or use any WebDAV server. Also, there is TeamDrive Personal Server to run your own secure hosting service.

The free version of TeamDrive comes with free 2 GB of free web space. If more storage is booked, only one member pays for the Space!

Available for Windows XP/Vista/7/8, Mac OS X and Linux, as a portable version (for Windows) and for smartphones and tablets that run on iOS or Android!
Show full description ▾

I've been searching for an alternative to GoogleDrive. I don't dislike GoogleDrive, but I need to sync important data over multiple devices.
I decided to try TeamDrive. The website promised high security standards and is available on all major platforms.
So far I'm very happy with TeamDrive. The client can be confusing at first, but there are some tutorials on YouTube to get you started.
The Software gets very intuitive over time. It's fast and integrates very well.
But most importantly, it's safe.

Over a year ago, I started to work with TeamDrive.
Concluding I must say that this is for me the only option to work with since they provide extraordinary support with and exceptional functioning product.

If I had to criticize one thing, it would be that sometimes in the past I found myself unknowing of some features with TeamDrive. I was struggling a few times with the user interface, but it got better with time.
However, they now do a better job explaining the tools they give at hand with their new video tutorials and written tutorials.

I'm looking for a new sync of a couple of macs and found this as a promising service. I started with the personal to see how it worked out with my workflow. I still do not know as I newer passed the set up. The guide was big but I never understand what to put in the boxes, might have missed something when I jumped back and forth between the different OS. I'm pleased there was an uninstaller in the set up. This might be a good service but maybe only for the technical users.

I know where you are coming from. I admittedly had same issued, but I would encourage looking again. 3 Years ago things might have been differently and there are even some video tutorials now. It's coming together somewhat.

No longer seems to exist. Website redirects to Synqion. Paid only. Be aware.

TeamDrive is distributed as Synqion in the USA. It's the same product with a different name. TeamDrive is free for personal use.

Please report as renamed / discontinued instead of just leaving comments.

Been using TeamDrive for about 6 months. It quickly became my favorite cloud storage/sync tool by a large margin. I have never had a problem with it. I use it from Win 7, Win 10 and Android. Love the file versioning. UI is very, very straightforward (or just use your local device's file manager and/or apps). Integrates extremely well with Windows.

Here's what I look for in a syncing tool:

I use TeamDrive 3 because it is the only application I've found that meets these requirements, and I have looked at many (see below).

The main problem with other tools is the lack of conflict detection and versioning features. If all you want to do is synchronize the creation and deletion of files (pictures for example), then many syncing tools will work for you. But if you modify files and want to keep them in sync, then most tools fall flat. When files are modified, there is always the possibility that multiple users (or multiple computers of a single user) will simultaneously open the same file and edit it. Many syncing tools simply overwrite the shared version whenever a user closes it. This means that if multiple users open a file simultaneously, all changes are lost except those from the last user to close the file. That's a recipe for losing huge amounts of work! It amazes me that so many people are willing to live with this kind of problem. TeamDrive does it right -- triggers syncing whenever you write a file, and keeps all the modified versions. It alerts you immediately to any conflict with an on-screen notification box. Then you can inspect the conflicting versions and do any needed merging.

Dropbox marks conflicted versions, but doesn't notify you that a conflict has occurred. That really doesn't solve the problem.

This may sound like a strange requirement. It is on my list because I sync some encrypted files, and many encryption programs automatically mark encrypted files as read-only.

TeamDrive has many additional strong features that others have commented on. I would just add that TeamDrive has a better manual than most.

Here are the other programs I looked at, and in some cases, tried out:

I know and had a look at many applications for sharing data via the cloud to multiple devices. TeamDrive is easy to use, lightweight, supports a wide range of end points (I use Windows, Android, iPhone) and the only application I can completely trust with critical and confidential data. Way to go! 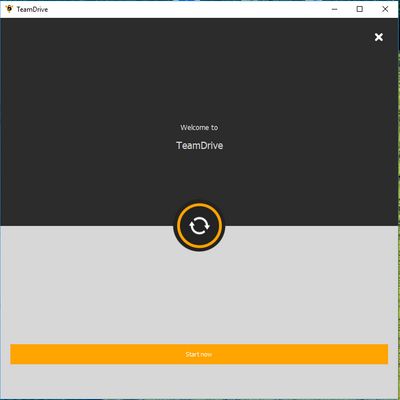 Our users have written 19 comments and reviews about TeamDrive, and it has gotten 129 likes