Synkron is an application for folder synchronisation and folder-backups that allows you to configure your synchronisations in detail. Despite having many features, the user interface of Synkron is very user-friendly and easy to use.

Synkron is able to synchronise multiple folders at once, analyse folders before sync, restore overwritten or deleted files, plan synchronisations and much more. 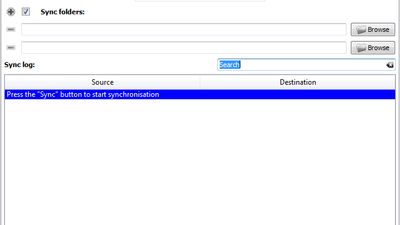 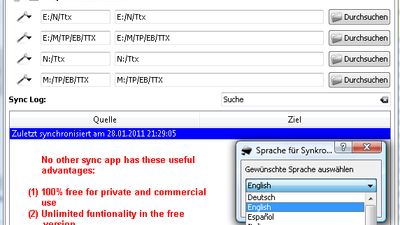 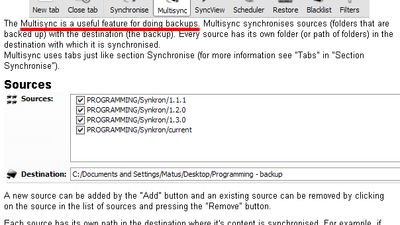 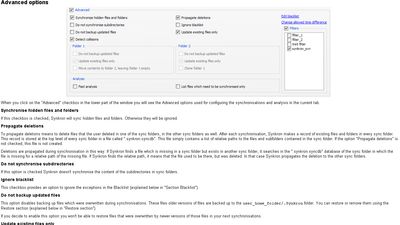 Our users have written 4 comments and reviews about Synkron, and it has gotten 74 likes

Synkron was added to AlternativeTo by vito45 on and this page was last updated .

I used the Windows PortableApps version and faced a few glitches that had to be worked around by "blacklisting" files or even manually deleting files before having Synkron "analyse" the source and destination. Then the app became painfully slow, displaying a "Not Responding" in the window title bar many times in a row. Found that users have been reporting the bug, and diagnosing its likely cause, since 2013 with no action. Synkron is abandonware. It still works, sort of. But that's all that can be said for it.

Initially I thought this was a great program, being similar to Syncback but on the Mac. Joy was shortlived. Trying to sync large amounts of data caused it to die. Shame that Syncback SE doesn't have a Mac version as that is the biggest program I miss moving to a Mac.

Yeah, this one looks good, has some features I'd find useful, but it doesn't check it's work, and that's a deal-breaker. No checksummy, no instally. DirSync Pro is still the winner in my book, but not by much.