The idea to organize data as files appeared simultaneously with the first computers. Those “monsters” were so big, they required dedicated rooms. During the decades of evolution computers went through the stages of primitivity and unmanagable complexity, until we've got today's Macs. One thing, nevertheless, remains the same — files. Truth be told, few people succeed in their management. Bring order to file chaos on your Mac today, use Singlemizer to remove unnecessary file duplicates. 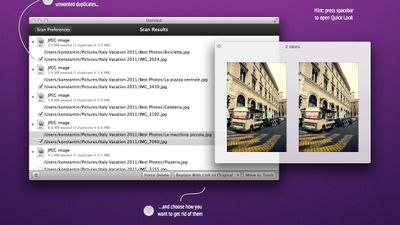 Our users have written 0 comments and reviews about Singlemizer, and it has gotten 4 likes

Singlemizer was added to AlternativeTo by RemovedUser on and this page was last updated .